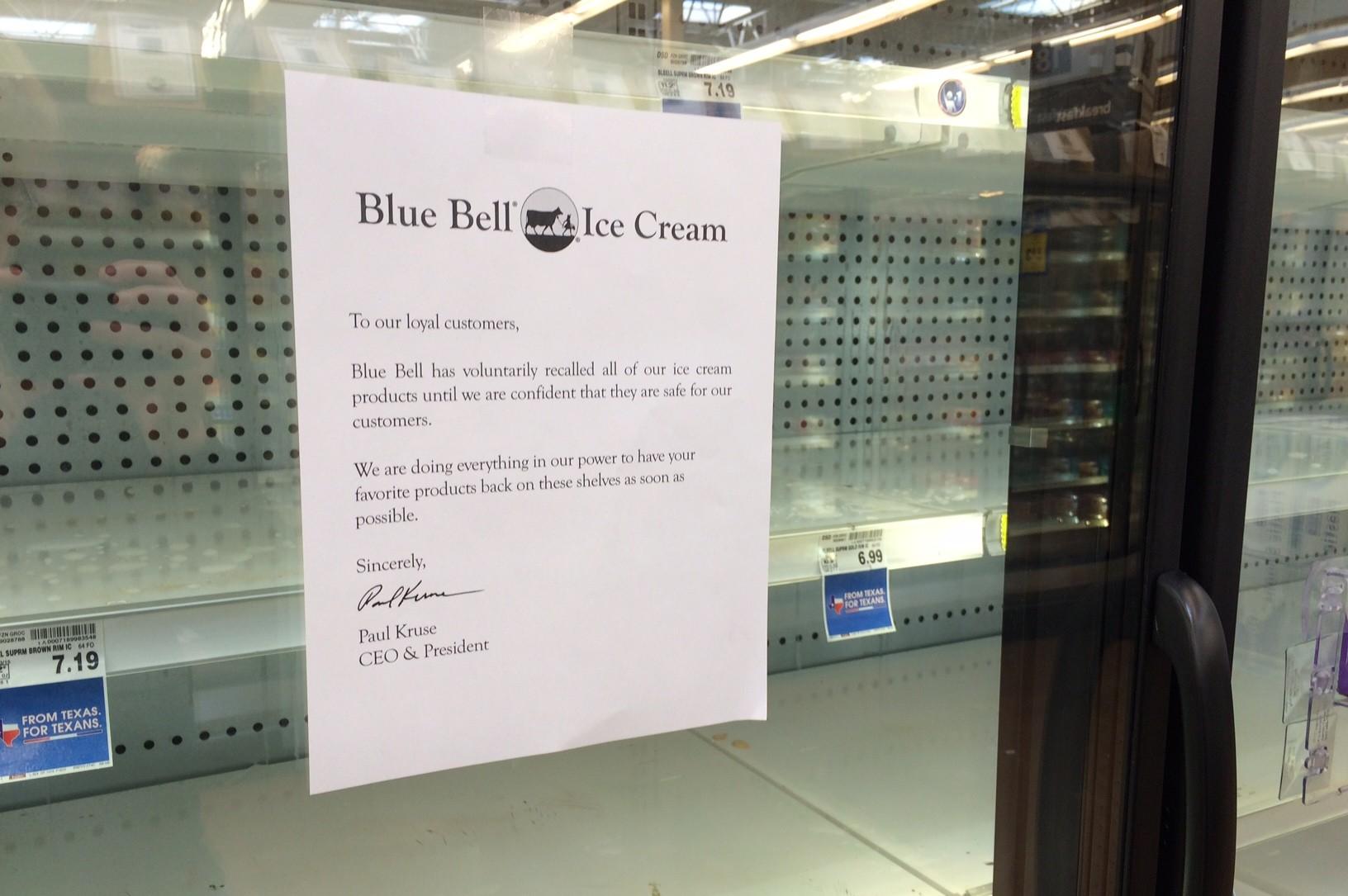 The CDC has linked 10 illnesses to the listeria outbreak in Bluebell products. Since then, the Texas ice cream company has issued a recall of all products. (Benjamin Prengler)

The CDC has linked 10 illnesses to the listeria outbreak in Bluebell products. Since then, the Texas ice cream company has issued a recall of all products.

The outbreak of listeria that led to Blue Bell’s recall of all its products has expanded as the Centers for Disease Control and Prevention said Tuesday that 10 illnesses have been been linked to the Texas ice cream company.

I have eaten Blue Bell ice cream ever since I could remember so it’s a huge loss in my world. I think all the true ice cream lovers around would say that they will stay true to their roots and it shouldn’t effect anything in the long run. ”

“Blue Bell Ice Cream of Brenham, Texas, is voluntarily recalling all of its products currently on the market made at all of its facilities including ice cream, frozen yogurt, sherbet and frozen snacks because they have the potential to be contaminated with Listeria monocytogenes, an organism which can cause serious and sometimes fatal infections in young children, frail or elderly people, and others with weakened immune system,” Blue Bell said a statement on their website. “Although healthy individuals may suffer only short-term symptoms such as high fever, severe headaches, stiffness, nausea, abdominal pain and diarrhea, Listeria infection can cause miscarriages and stillbirths among pregnant women.”

Various factories, including the one in Brenham and Broken Arrow, Oklahoma may be the cause of the outbreak. The company is still working to pinpoint when the bacteria outbreak began, with some evidence pointing to a beginning as far as five years ago.

“Genetic testing links Blue Bell ice cream that was just made to six cases of listeria in Texas, Oklahoma and Arizona dating back as far ago as 2010,” according to an NBC News article.

The factory found that one part of the outbreak was linked to a certain machine, which has been disposed of. However, for the time being, the company has found a method to ensure all future products will be safe for consumption.

“Blue Bell said it was expanding its cleaning and sanitizing of equipment and surfaces, with samples sent daily to a lab for testing,” said one New York Times article. “The company is also putting into effect a “test and hold” system, with products released to the market only after tests show they are safe.”

In the mean time, many local ice cream enthusiasts that enjoyed the local brand are upset and cannot wait for the company to release safe ice cream.

“I was honestly heart broken when I was broken the news,” senior Katie Curry said. “I have eaten Blue Bell ice cream ever since I could remember so it’s a huge loss in my world. I think all the true ice cream lovers around would say that they will stay true to their roots and it shouldn’t effect anything in the long run. I will have to opt to Braums ice cream. As sad as it is that Blue Bell will be absent for a while, there are so many other brands to fill the void in my heart.”

The company is doing the best it can to clear out the bacteria and produce safe ice cream.

“We’re committed to doing the 100 percent right thing, and the best way to do that is to take all of our products off the market until we can be confident that they are all safe,” Blue Bell CEO and president Paul Kruse said in a statement on their website. “We are heartbroken about this situation and apologize to all of our loyal Blue Bell fans and customers. Our entire history has been about making the very best and highest quality ice cream and we intend to fix this problem. We want enjoying our ice cream to be a source of joy and pleasure, never a cause for concern, so we are committed to getting this right.” 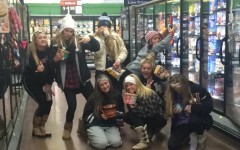 An ode to Blue Bell