Cancer: a disease that doesn’t discriminate

With several people on campus and in the community battling cancer, The Red Ledger is highlighting some of their stories in this three part series. 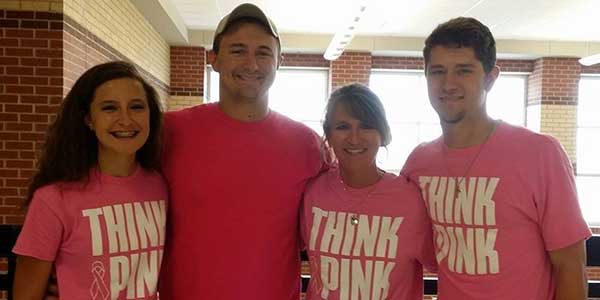 When Instructional Technology Coordinator Donna Lusby was diagnosed with Stage 1 breast cancer, she had no idea what her future would look like. However, over the past six months, Lusby’s journey has transpired in one of the most pleasant ways possible given her position.

“I was very lucky I caught my breast cancer early,” Lusby said. “I had 2 surgeries within 7 days to remove the breast cancer, and in June, I began 35 radiation treatments.”

According to nationalbreastcancer.org, Stage 1 breast cancer is categorized by the evidence of cancer, but it is contained to only the area where the first abnormal cells began to develop. This means that the cancer has not spread and can be effectively treated.

“My cancer journey continued in July when, during a routine scan, my doctor discovered I had thyroid cancer,” Lusby said. “My thyroid was removed at the end of July, and I went through a radioactive iodine treatment in August.”

These procedures do not come cheap. To help the Lusby family pay for these surgeries and treatments, the basketball team has decided to donate money.

“For the last eight years, the basketball team has participated in a fundraiser to donate money to cancer research foundations,” head basketball coach Kyle Heremma said. “Each athlete shoots 100 free throws, and they get pledges for every free throw they make.”

This fundraiser is called the Shoot-a-Thon, and is done annually in October for Breast Cancer Awareness Month. For a relatively small community, a big difference has been made. as the basketball team has raised more than $30,000 for cancer research.

“The first seven years, the money went to the Jimmy V. Foundation, but last year we gave it to Mr. Stallings,” Heremma said. “This year, since we like the fact that it’s going to somebody we know rather than a big corporation, we are giving the money to Mrs. Lusby, who found out she had both breast and thyroid cancer last spring.”

On top of going through countless doctors’ appointments and treatments, Lusby also has to be a caretaker for her children.

“I love celebrating October as breast cancer awareness month in honor of my mom,” sophomore Mallory Lusby said. “She is such a strong and brave woman. I’m so proud of her and all the stuff she has been through. I wouldn’t want anyone else to be my mom.”

Lusby has taken her situation and powered through it.

“The past 6 months have been a challenge,” Lusby said. “I am forever blessed with my incredibly strong and wonderful children, Ryan (LHS ’11), a senior at A&M Commerce, Bryce (LHS ’14), a freshman at Texas Tech, and Mallory, a sophomore at LHS, extraordinary friends, and the overwhelmingly heartfelt support of our awesome Lovejoy family.” 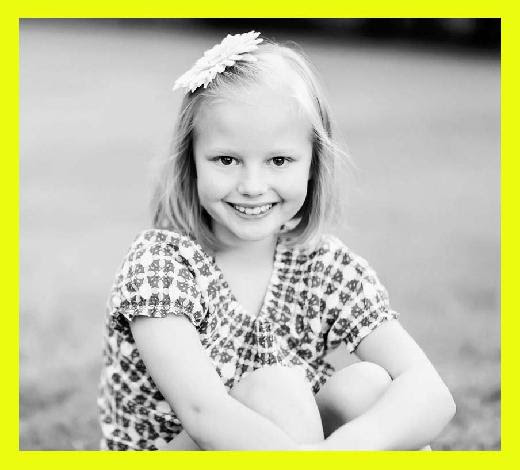 Lovejoy Elementary school student, Mallory Cass has received ample support from the cheer and volleyball teams due to her diagnosis with leukemia.

At a time when her friends were thinking about the start of third grade at Lovejoy Elementary, 8-year-old Mallory Cass had something else on her mind. A girl with endless energy, Mallory was focused about her own mortality. Just weeks into her summer vacation, Mallory was diagnosed with Acute Lymphoblastic Leukemia.

Her friends and family are all doing their parts to help out with treatment and staying upbeat during a tough time like this.

“I say prayers for her and I help her at school [through her robot],” Mallory’s friend third-grader Kira Watson said. “And we play together and swim together. We have rock contests and we love to play Wii and draw and paint.”

Going through something like this can take a large toll on a child Mallory’s age, but her smiling face and positive attitude is apparent to everyone that has met her.

“Mallory is the absolute sweetest child I have ever met,” freshman Alyssa Watson said. “She always has a smile on her face and she loves art and since she can’t typically go out and play, her family created their dining room, I believe, to be like a mini art studio.”

When the school heard about Mallory’s disease, they sent support to try to help Mallory’s learning while she would be at home.

“As soon as the school found out [about her diagnosis], they sent emails, texts, Facebook messages, and calls to show their support,” mom Staci Cass said. “They also worked on ideas for Mallory to become a home-bound student. Courtney Alford, a third-grade teacher, is absolutely amazing and helps communicate with Mallory about daily school work and any questions she has. The school has provided daily classroom access through vGo, which is like FaceTime on wheels.”

Before Mallory was diagnosed, she allotted her time and energy in various extracurricular activities.

“[Mallory is] very active,” Staci said. “[She has participated in] Girl Scouts, volleyball, tennis, and is a gymnast, and a month before she was diagnosed, she was invited to be on the trampoline team at Metroplex Gymnastics. She was diagnosed on June 13 with ALL.”

Since Mallory filled her schedule with activities, the district’s extracurricular programs began to honor her fight in different ways.

“The varsity cheerleaders named Mallory their “Gold Star” for Leopard Friday,” Staci said. “Our Lovejoy community is joining us in “Light the Night” to raise funds for the Leukemia and Lymphoma Society, which is led by team leader Heather Perrin along with Mallory’s volleyball team “Spotted Spikes” and her brownie troop. The varsity volleyball team brought her a signed volleyball and have also adopted “Miles for Mallory” Light the Night as their charity this year.” Mallory draws on different things to help her stay strong during her extensive treatments.

“[She stays positive because] we were told to expect complete hair loss on weeks two to four,” Staci said. “But, in week 15, [Mallory] has managed to still have about 50 percent of her hair remaning! Her faith in God and family members are also important to her, and she knows that something like Leukemia isn’t going to slow her down.” 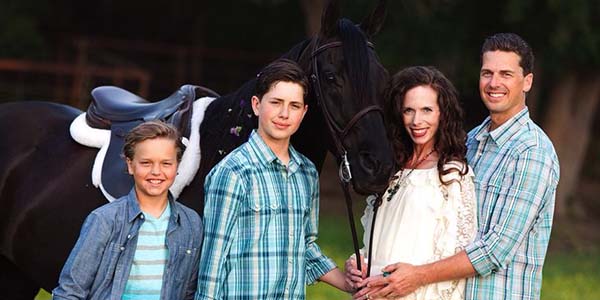 A family portrait shows the Viel family with sons Justin and Alec, along with Shelby and husband Jason.

Wristbands and shirts are being given out to the community to spread awareness of Lovejoy mom Shelby Viel’s fight with cancer. But it’s not a new battle.

“I was diagnosed with carcinoid cancer of the intestines on New Year’s Eve 1998, only six months after marrying [my husband],” Shelby said. “I immediately searched for a plan of action, and found an oncologist.”

Despite her diagnosis Shelby was able have children.

“I diligently attended my oncology appointments, and complied with every request,” Shelby said. “Eventually I had my two sons, Justin and Alec.”

Shelby has undergone various treatments to try and fight off the cancer.

“Our fight has included numerous scary treatments, even a trip to Switzerland, to find the best treatment options available a few years ago,” Shelby said. “I have had several big surgeries, tolerated several systemic radiation treatments, local radiation, shots, chemo and other drugs to decrease tumor bulk and symptoms over the years.”

Shelby and her family have been able to remain positive.

“We focus on the positive and prepare for the quick twists, turns and drops of this ride with our Faith in the forefront and our eyes wide open,” Shelby said. “I visualize myself healthy, happy and healed. I focus on my dream to raise our boys, be a mother- in-law, spoil my grandbabies, and celebrate future anniversaries with my amazing husband. We know miracles happen and pray my/our healing to be one of them.”

Despite her positive attitude, Shelby admits it’s not always easy to live with cancer.

“I/we have hit some real lows due to illness and pain. This terrible disease affects us all, not just me,” Shelby said.

The situation is equally difficult for Shelby’s family.

“I cope through football and sports,” son Justin Viel said. “I just let my anger and aggression [about the whole situation] out in sports.”

“My cousin, who is a varsity football player who might go to play college football spoke to us about strength that we should use my mom as an inspiration,” Justin said. “We decorated the stands and fields and it was really cool.”

The Viels are thankful for the Lovejoy community supporting them.

“We are incredibly lucky to have a supportive family, live in Lucas and be a part of our Lovejoy ISD community,” Shelby said.

It is through this community that Shelby’s nephew has started the campaign, #ShelbyStrong.

“My nephew, Jaxson Deaton, [began the] #ShelbyStrong campaign,” Shelby said. “A campaign started by my nephew’s motivation to try his hardest on and off the football field in honor of my long standing courage as I fight for my life. A life I live for my family. The #ShelbyStrong effort is intended to act as a way to encourage others to stay positive, try their hardest each day, fight for what one wants in life, and stay strong.”

Wristbands and shirts in honor of this campaign and Shelby’s fight are being given out for free at the Willow Springs campus.

“The wristbands’ and shirts’ main purpose is to spread the word about carcinoid cancer and to show support to those who are affected by it,” Justin said.

2 Responses to “Cancer: a disease that doesn’t discriminate”