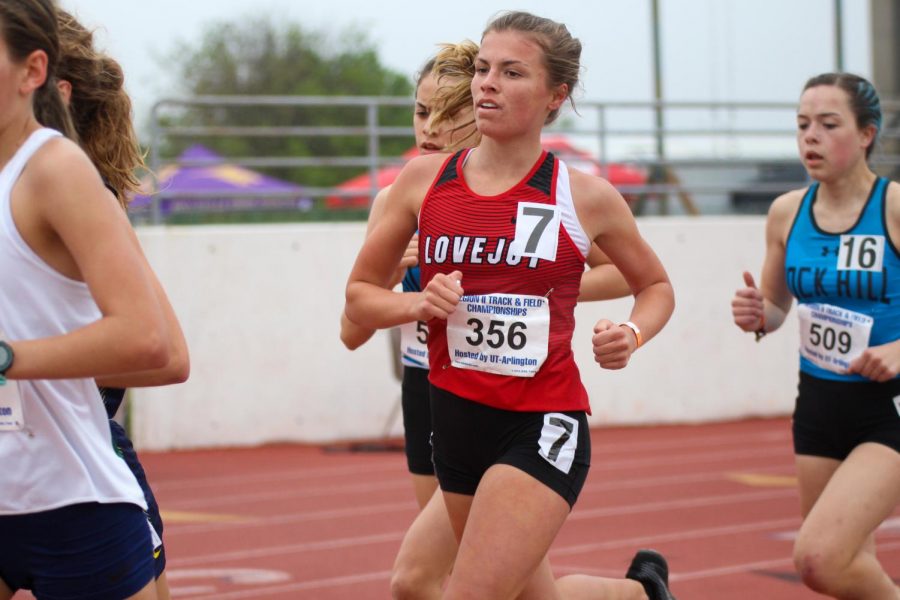 The track team finishes up a record-breaking season by bringing seven athletes to the state meet May 7 at the University of Texas at Austin.

“This season we were very successful as a team,” sophomore 4×400 meter runner Chloe Schaeffer said. “We have had multiple athletes PR and break school records throughout the season.”

The varsity team consists of seven freshmen and six who participate in multiple events, such as freshmen Kailey Littlefield and Kendell Coppinger.

“We had a great season and many successful meets,” head coach Carly Littlefield said. “We have a ton of strong freshmen and sophomores, who did great individually, as well as on relays.”

During the season, the team broke seven school records, and individual athletes broke their own personal records.

“Each of [the records broken] were special moments,” Kailey said. “Right now, my 4×400 meter relay has stood out because they have advanced to the state meet, which is so tough to do. Kailey and Amy have also advanced in their individual events.”

“Our biggest accomplishment this season is for sure the fact that we are the fifth best 4×4 out of all 262 teams in Texas, and [we are] advancing to state,” sophomore 4×4 and 400 runner Bella Landrum said.

“The 400 [meter run] is a very mental race,” Landrum said. “It takes a really competitive mindset. All throughout the season, we’ve had to encourage each other through everything, and we will do the same at state.”