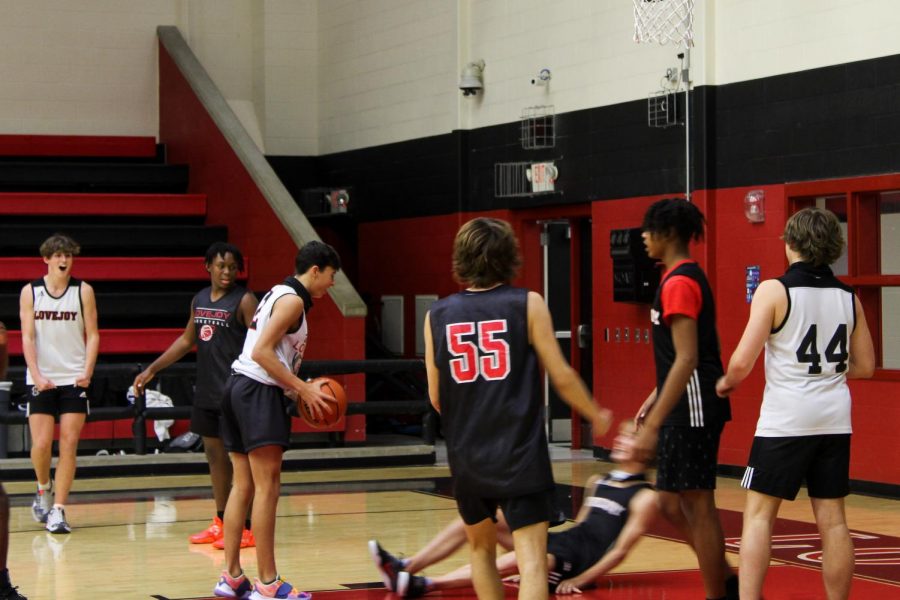 Junior Marco Gaccione prepares to shoot at practice. The boys’ basketball team’s next game is on Nov. 20 against Lone Star.

After losing a first place position in districts last season, the boys basketball team has been practicing to improve this year.

“Last year was a frustrating finish,” head coach Kyle Herrema said. “The team was really coming together, and we had a bunch of injuries that hit us after being in first place in district. Our playoff loss really hurt, and I think this year is one of redemption.”

The team has been going to preseason tournaments to prepare for their season.

“Through the fall, we’ve been playing in preseason tournaments to get us ready for once the season starts,” senior varsity shooting guard Dawson Holt said. “We usually play in summer and fall leagues, but those were cancelled this year due to COVID.”

Despite the pandemic forcing a hold on the start of the season, the team has been trying to make the most of their downtime.

“We have been putting in extra work since August to be better this year because we didn’t get a full season this year,” Holt said.