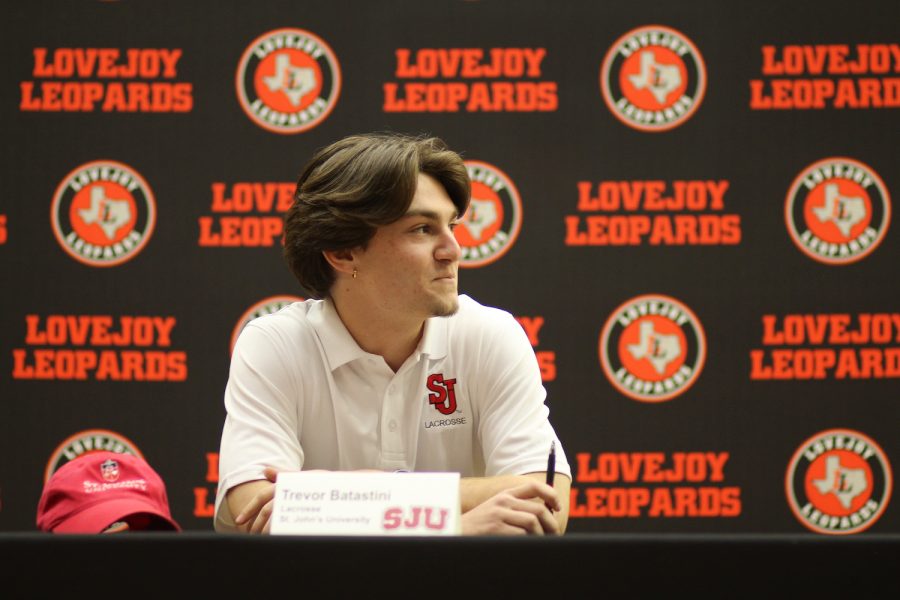 Trevor Batasini: I play Lacrosse, and I’ve been playing since the 6th grade, so about six years now. I played for the high school’s team, and also club ball, now I play for StickStar.

TB: Once I get to St. John’s, I want to thrive on the team, and get as much playing time as I can. Obviously freshman year will be kind of hard, but I want to build myself up the roster, and then I also want to do good in my classes, that’s a huge part of it.

TB: If I can go pro, that would be wonderful, I wouldn’t be able to turn down that chance.

TB: Just as a leader in my everyday life, and just really with communications and with people. I’m a very talkative guy, so just on the lacrosse field that shows as well. Right now I’m hurt, so I haven’t been able to play, but i’m just trying to take my captains role and help coach up the younger guys.

TB: When I got the offer to St.John’s, that was a big deal,and it just felt like all of my hard work paid off over time. If I had to pick a certain game I remember us against Cumberland a few years ago, we were down and a lot of our players were missing. We ended up coming back and I had a few big goals late to win the game.

TB: They have a phenomenal business program, and I already know some guys up there. I’m a big city guy. I’m originally from Chicago and went to school downtown, so I love the city life. Plus the alumni at the school going out intp New York for business is crazy, especially with their marketing program, so that was a big deciding factor.