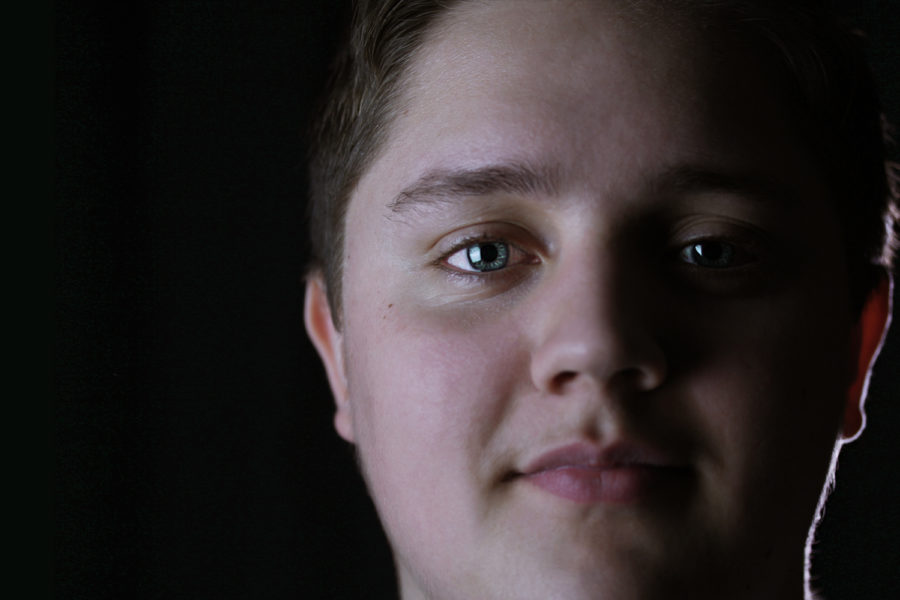 Although IBS-D is a constant struggle, sophomore James Mapes is grateful for the support from his friends and family.

The end of a simple phrase changed the 13-year-old boy forever.

“Yes, it does last the rest of your life,” the doctor said.

On the day of his diagnosis, James Mapes was in the waiting room, grasping his mother’s hand tight, hoping and praying the blood test results would be in his favor. The physician then broke the news that James had been fearing. He would be stuck with his condition for life. Immediately, questions rushed through his head.

Known to his friends as an upfront, considerate and empathetic person, James, now a sophomore, is described as always making others feel welcome and putting others before himself.

“I think it’s so so hard to find someone who has as pure of a personality and heart as he does,” sophomore Ella Ristau said. “I feel that some take that for granted.”

Despite the bright and contagious personality described by others, many don’t know what he deals with on an regular basis. On the outside, James’s positivity often hides the internal battles he faces every day.

First diagnosed in middle school, James suffers from a common condition called Irritable Bowel Syndrome, otherwise known as IBS-D. This stomach disease usually presents itself in older individuals, but introduced itself at the age of 13 for James.

“There is a long list of foods I can’t eat, but the main ones are that I can’t have are gluten, diary, colored dye or pork,” James said. “I can’t have sodas, ice cream, candy. There is some medication, but I don’t chose to take it because they affect my mood.”

Although James suffered from the typical symptoms of abdominal pain, his IBS manifested itself in other ways, causing confusion before his official diagnosis.

A rash was prevalent everywhere on his body from his neck down. Because of this, James went to the dermatologist and was misdiagnosed with a kind of incurable autoimmune disease. A second opinion determined that it was from a contact dermatitis similar to an allergic reaction.

After visiting multiple physicians, his mother, Lisa Mapes, finally got ahold of a neighbor’s GI doctor who accurately diagnosed him with IBS and suggested medication as the appropriate care.

“The medicine I would take would make me very lethargic and like you think a sloth would be like,” James said. “My mom and I say, if you have ever seen Winnie-the-Pooh, I would be like that donkey, Eeyore.”

James’ condition separated him from his friends at school a couple of years ago, causing him to plunge into depression. Due to stomach pain, he was forced to stay in an isolated classroom for eight months.

“I found good friends and family to get me through it,” James said. “It just got me really upset because I couldn’t see anyone.”

Since the medicine failed, James and his mother set out for more answers, ultimately consulting an experienced nutritionist who concluded that his rash was attributed to his body trying to process things.

“We found out that his body was just in such a [poor] state from trying to process things that he basically ended up being allergic to all of these different things,” Lisa said. “We weren’t catching on quick enough that it was just affecting his stomach so it actually was manifesting itself on his skin.”

James’ condition affects his social life as well as his diet. He stays close to home due to the constant worry of his condition resurfacing.

“I usually just stay in Allen,” James said. “Sometimes it’ll come up for no reason. Like earlier I wasn’t feeling to well after lunch, and I was eating everything I was supposed to.”

James also considers his condition when mentally preparing for the future.

“I hope to go to a top-tier college and just get used to classes,” James said. “It’s hard to go to class now, so I’m just getting more mentally prepared every day for college.”

James’ ability to conceal what he’s going through to others also reveals his inner concerns.

“My strength is not letting anyone realize that anything is going on at the time,” James said. “My biggest fear right now is having to tell people that this makes me so vulnerable.”

But despite the impact IBS has on his life,  James still manages to reflect his joyful self onto others.

“Many times I have went to his house and not been in the best mood, and he always brings positive vibes to make that day better for me,” sophomore Carson Holden said.

From his experience, James said he hopes that people put themselves in his shoes before judging.

“I don’t have a problem with telling people, but it just comes out in bad ways,” James said. “Just understand what people are going through because you never know.”