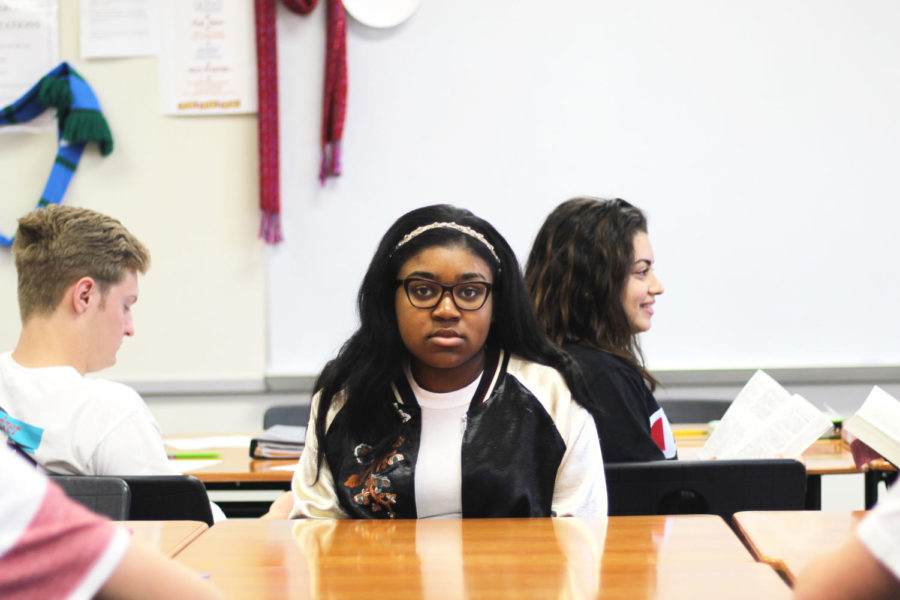 “I realized I can’t decide how people see me, so I had to change how I viewed myself in hopes that others would see me the same way.”

Column: I am more than what you see

Race shouldn't define TRL's Nnenna Nchege as it often does

It’s not uncommon for me to be the only black person in a classroom, sometimes the only minority. Whenever there is a discussion regarding the black race, I can feel the eyes of the entire class on me.

“How do you feel about this?” I think they ask in their heads.

“Do you agree with what the teacher is saying?”

I usually think, “I don’t know every single detail about the black race, and I don’t have an opinion on this.”

It’s U.S. history class, and the day just started. We recently had a class discussion about the tactics used by civil rights leaders Martin Luther King Jr. and Malcolm X.

“Which approach do you think works in modern times for social issues?” the teacher asked.

I couldn’t help but feel like my classmates needed permission from me to speak their opinions, to speak their mind. I understand some people might not have wanted to say anything offensive or rude, but I didn’t want to be the determining factor for progress in a valuable conversation.

People looking to one person as a representation of their race is a perception that goes unnoticed, which to a certain extent is inevitable. Discussions about the black race usually appear in history classes, but there is limited information in regards to the African-American race in predominantly white schools. If someone is raised in an environment where they are not exposed to specific cultures, it gives people a chance to fill in the blanks of things they don’t know. So not being used to hearing about the black race is understandable. However, looking for one or two people to show you how an entire race behaves is inappropriate.

I think people unconsciously look to me as a single voice for everyone they think I’m representing. It’s a pressure placed upon me that’s hard to live up to. I can’t represent every 16-year-old black girl. More people should be aware of the fact that there is space for diversity in every culture, race, and ethnicity. Diversity can be expressed through how people are raised, the music they listen to, the clothes they wear, or the food they eat.

I wanted people to see me as Nnenna, the girl who may seem reserved but will actually talk a mile-a-minute if you let her, the girl who has had a love for fashion for as long as she could remember, or the girl who is a new journalist for The Red Ledger. But I realized I can’t decide how people see me. I had to change how I viewed myself in hopes that others would do the same.

Over time, I learned that I am so much more than my race and that my personal experiences and interests don’t determine who I am. I learned how not to let one part of my identity stand for every part of me.

By allowing others to only see me as just another black girl, I disrespect myself. In trying to live up to be a person I’m not, I am not allowing me to be the best version of myself. Being African-American gives me the knowledge of my heritage or history, but it does not define me.