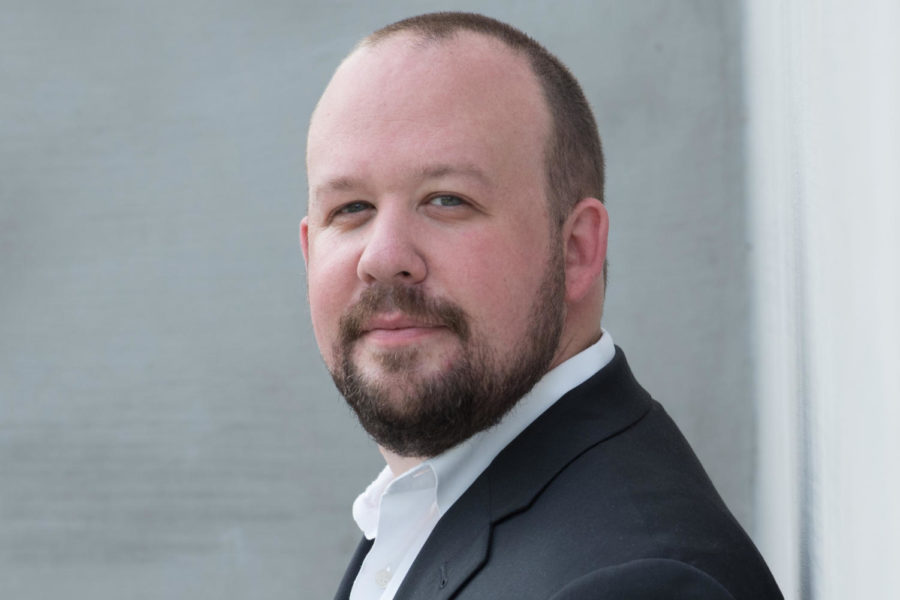 Editor’s Note: Below is an interview conducted in person with Democratic candidate Sam Johnson as a part of The Red Ledger’s look into the candidates of the race for Texas’s District 3 seat in the House of Representatives. This interview has been edited for length and a copy of the full interview can be found here.

The Red Ledger: President Trump has proposed building a wall on the U.S.- Mexican Border. What are your thoughts on this?

Sam Johnson: I don’t think the wall is an effective tool. The problem with the wall has several parts. The first thing is no one I know of has said it will actually work, so when you’re talking about spending that level of money on something generally not expected to even serve its purpose, that’s fiscally irresponsible, not to mention the fact that Mexico is our largest trade partner. The research I’ve read indicates that we can use technology for a lot less money and get a lot more bang for our buck, and so we should really be focusing on how else we can work to secure the border without having to build a monstrosity through people’s property and spending billions of dollars in the process.

SJ: For DACA, in particular, it would be immediate protection for anyone who comes forward as a Dreamer, because there are people who are already in the system, but there are a lot of Dreamers who are not. So what I would like to see is a system established where they’re immediately protected from deportation, and then once they have that protection, we can start working on an expedited path to citizenship.  My brother-in-law, for example, is a Dreamer. He was brought here from Honduras as a baby, and he’s got a Bachelor’s degree, he’s got a Master’s [degree] from TCU, he’s taught at TCU, he’s a brilliant artist, and he’s the father of two of my nephews. He’s not someone who anybody benefits from sending him back to Honduras, which he doesn’t even know. He has no memory of that country.

SJ: I don’t think that cutting funding from cities that are making local decisions is how they want to interact with their immigrant community. I don’t think that’s an appropriate tool. The fact of the matter is, a lot of the GOP leadership right now want to claim states’ rights and local control until it doesn’t benefit whatever discrimination it is that they’re throwing around at the moment. So, I think it should be left up to the localities.

SJ: I think we need to get into a Medicare-for-all system. I think it’s a matter of dignity and respect for our citizens, but that’s something that’s got to be deliberate and done over time and well-thought-out and planned out. So for me, I think there are certain things that we need to do in the meantime, like making sure pharmaceutical companies are giving Americans the best price on medicine that they give other countries. We need to rein in health insurance contracts so that people who are paying their health insurance premiums are having their claims covered.

SJ: Honestly, I don’t get into that topic because I don’t think it’s the place of anyone other than the patient and her doctor and her family that she chooses to bring into the situation to get into that. It’s certainly not the place of the government to go into the exam room and start making medical decisions for people.

TRL: Texas has recently passed laws permitting the open carrying of firearms in public. What is your opinion of open carry?

SJ: I don’t like open carry, and if you’ve read my website, I have a license to carry, and I do usually, but I always conceal carry. I don’t think we need people walking around with guns on their hips. Even Justice Scalia, one of the most conservative Supreme Court justices in recent history, said in an opinion that the Second Amendment doesn’t guarantee every American the right to carry whatever weapon they want wherever they want to, and I agree with him on that. As someone who has concealed carried for several years now, I’ve never once had to use it, so in my own personal experience, I think it very unlikely that that’s going to be the one difference in if someone attacks you or not.

SJ: First off, I’m a big believer in free community college for everybody in the community that wants to go get an Associate’s degree. I think we need to expand vocational training in our high schools so that people that don’t want to go to college can enter the workforce with skills ready to go, without having to feel like they have to take on student debt just to be able to get a job that pays a decent wage. For people who are already in the repayment stage of their loan, like myself for example, and for future borrowers, I think we need a cap on the interest rate that borrowers can [be] charged, and I think we need to have it where at least half of every payment that’s made has to go toward the principal balance and not have most of each payment going towards interest.

SJ: Healthcare is a big one pretty much with every age group I talk to. Education and student debt is a big one, as well. Net neutrality is another one that seems to come up a lot, and the recent decision to undo the rules that were put in place under the Obama administration I personally don’t think was a good move.

TRL: What could draw Republicans to your campaign?

SJ: I’ll start out by saying we’ve been out knocking on doors and making calls, and I’ve talked to Republicans. A lot of them feel abandoned by the GOP right now. They feel like it’s not what they signed up for, and the party’s abandoned a lot of their principles in favor of partisanship, and they’re not a fan of that.  So where I think my campaign is different is that I try to bring a common sense approach to everything, and that means coming up with policy ideas that everybody can get behind regardless of your party affiliation, and also be able to explain to Republicans from a tax perspective or an economic perspective why these policies are beneficial because usually, that’s terms that Republicans are thinking.

TRL: What sets you apart from the other primary candidates?

SJ: In my day job, I’m the only one who works regularly with federal law, reading federal statutes, and dealing with federal regulations and also using that aspect and just my general demeanor and personality to help people reach a resolution whether they’re in a lawsuit against each other or whether I’m working on a business deal and you have people who are seeing things from different perspectives. I’m very active with the Anti-Defamation League, which is a civil rights organization, and I’ve been down in Austin the last three sessions lobbying my legislators and trying to make sure we don’t pass laws that allow discrimination and unfair treatment of people and lobbying for laws that are more inclusive and more respectful of other people.

SJ: I think if Democrats win, especially here in our district, I think that will show a referendum on the current administration. If Senator Taylor, assuming that he’s the Republican candidate, if he gets through, I think it’s the opposite. I think it shows an approval by the citizens of the 3rd Congressional District, that they’re OK with what they see in Washington right now.