Identity and portraiture will be explored and displayed at the 1st Annual Lovejoy Visual Arts Portrait Show in the high school art gallery on Tuesday, March 7, from 6-8 p.m.

“The show that’s coming up is all about identity,” art teacher Brice McCasland said. “It is loosely the concept of what a portrait is and how it’s used to represent not only self, but others, and really the extremes of where that can be pushed.”

The show will feature a variety of art forms, including two dimensional paintings and three dimensional sculptures, which will play a prominent role in show.

“With the whole 3D aspect of it [sculpture], it can convey a lot more things than you with 2-Dimensional Art,” junior Dylon Hitt said. “I feel like a lot of people can take their own opinions on a piece, so I think in sculpture you convey multiple emotions to different people, based on their interpretation.”

There will be pieces from all schools and grade levels in the district, and the high school’s visual arts department hopes it will begin a tradition of annual portrait shows.

“You’ll see traditional portraiture and traditional mediums,” McCasland said. “And then you’ll see very exploratory, expressive symbolic work as well, but all under the umbrella of ‘What is Identity?”

The show will also be open daily during school hours from March 6 to April 7. 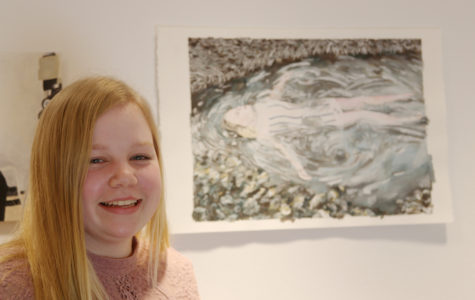 Grade: 12 Medium: Gouache Untitled What was your inspiration? It’s a piece for my concentration, and basically what I was showing was images of myself drowning, which symbolize the uncertainty I have around my future. How would you describe your art style? Since I use gouache, I water it down pretty heavily so it's kind of washy and I use abstract. Will you continue with art in... 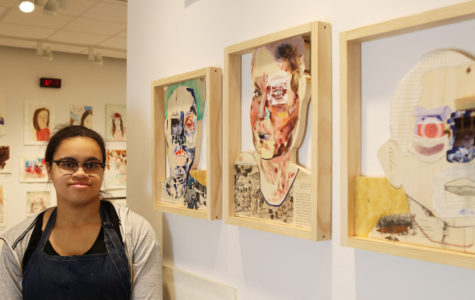 Grade: 12 Medium: Oil paint Untitled Describe your piece in three words: Abstract, expressive, portraiture. What was your inspiration? I’m of mixed-racial background, so that’s really what I’m exploring through my work. Does you portrait resemble anyone in particular? Me and my parents. What were you trying to communicate with this portrait? Largely the stereoty... 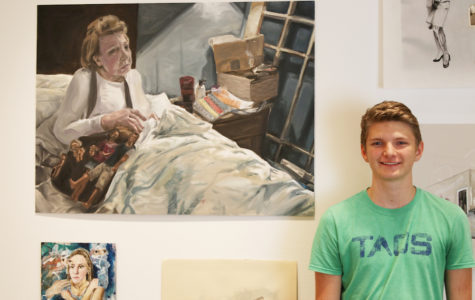 Grade: 11 Medium: Oil paint Untitled Describe your piece in three words: Hardship, family, motherly. What was your inspiration? Definitely had to do with how my mom goes through so much, through not only separation from her children but also working so hard to provide for her family, so that’s what inspired this piece especially. What was going through your head as you were... 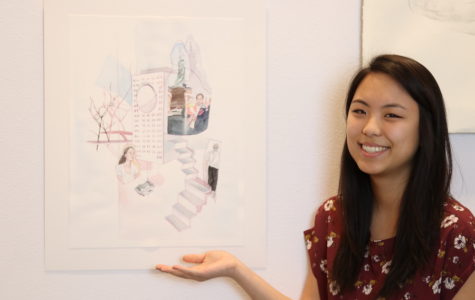 Grade: 12 Medium: Watercolor Untitled Describe your piece in three words: Subtle, washy, personal. What was your inspiration? My family. What were you trying to communicate with this portrait? My body of work is about my relationship with my father and how my past has affected my present. I used an image from 2000 of me and my dad in New York in front of the Statue of Liberty, ...

Grade: 11 Medium: Charcoal Title: “Crus”   What was your inspiration? My inspiration was anatomy and just kind of the structure of the human form and just kind separating that and exploring it. Does you portrait resemble anyone in particular? I used a photograph from a thrift store. What were you trying to communicate with this portrait? I was trying to communicate just bas... 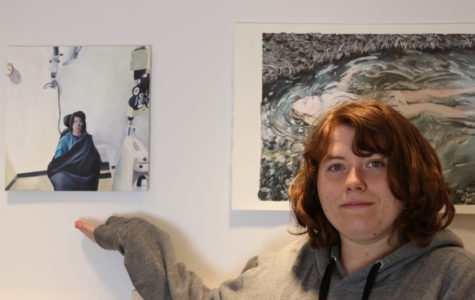 Grade: 12 Medium: Acrylic Untitled   Describe your piece in three words: Vacant, bleak, institutionalized. What was your inspiration? It’s dementia, and how it’s affected my life and my mom’s life. It’s been a big part of it, so I’m painting people in these vacant, almost hostile spaces. Does you portrait resemble anyone in particular? It resembles my relationshi... 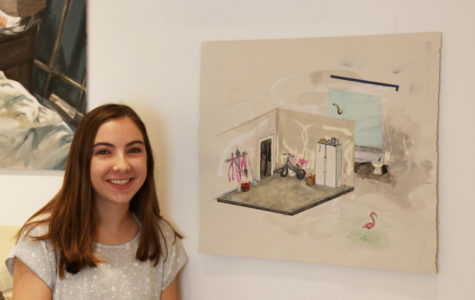 Grade 11 Medium: Spray Paint and Gouache Untitled   What was your inspiration? I used my parents’ divorce as the background of the concentration as a whole. Does you portrait resemble anyone in particular? Well mine’s actually not of a person. It’s a space, because a portrait can be anything with meaning. What were you trying to communicate with this portrait? I...