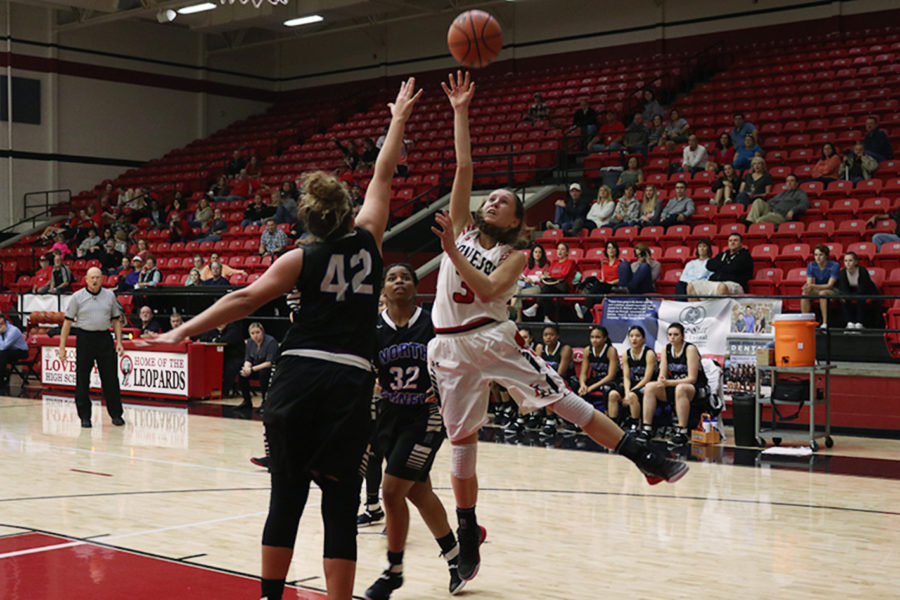 Poteet currently has a losing streak of four games and they will look to get their third district win of the year tonight. Also, Poteet will look to improve offensively tonight, as they have only scored over 50 points once in their last five games.

In their first matchup this season, the team hosted Poteet and defeated them 50-37. Junior guard Taylor Meixelsperger led the team with 16 points.

“In practice we worked on transition and post defense,” Meixelsperger said. “We also worked on how to guard Poteet’s offense.

On Tuesday night the team earned their eighth district win of the year in a three-point game over North Forney 43-40, despite being without both captains in the game.

“We had a lot players step up against North Forney to help us get the victory,” head coach Lance Boxell said. “It was also one of the biggest wins of the year for us.”

The team currently sits at third place in the district 15-5A rankings. Ahead of the team is Highland Park who is undefeated and in first place with a 12-0 district record. Wylie East is in second place and they have only lost one district game this season.The team will just have two games left which will not impact their position in the playoffs.

“We are looking forward to the opportunity to play in the postseason, but want to first finish district play on a winning streak and head into the playoffs with some momentum,” Boxell said.

After tonight’s game, the team will prepare to host Royse City in the last district game of the season on Tuesday night at 7 p.m.