From November 12-15, the NSPA held their fall convention in Orlando, FL, giving some students the chance to go to Disney World

Editor’s Note: this article was created during the JEA/NSPA online news package competition. It went on to win a Superior Rating.

Young children clutched their parents’ hands with shining eyes as they entered the gates at Disney’s Magic Kingdom. Couples with cameras paused on “Main Street” to capture the beginning of their vacations. Hundreds of teenagers, coming in from across the country for the Journalism Education Association and National Scholastic Press Association’s convention in Orlando flooded across the park’s entrance Tuesday and Wednesday, clad in Mickey Ears and broad smiles.

I felt like I was a little kid and I entered into a movie, and I was a part of that movie. I can walk into Six Flags or Sea World, and I don’t feel that way. Like they are all amusement parks, but when I walk into Disney I just feel like a kid.”

For some journalism students, the trip to Disney World brought feelings of heightened nostalgia compared to other theme parks.

“I felt like a little kid,” William J. Brennan senior Diamond Cruz said. “ I felt like I was a little kid and I entered into a movie, and I was a part of that movie. I can walk into Six Flags or Sea World, and I don’t feel that way. Like they are all amusement parks, but when I walk into Disney I just feel like a kid.”

While some teenagers had already experienced Disney as kids, others got to experience the theme park for the first time during the convention.

“My parents never took me to Disney World as a kid,” junior and yearbook student Avery Cordina said. “It was really fun to experience the whole Magic Kingdom and interactive rides, and just the whole experience was really amazing.”

Disney was filming its Christmas Day Parade from Nov. 10-13, allowing students the opportunity to take part as audience members in the parade and see famous artists perform.

“We were standing about 20 feet away from Andy Grammer, and he got to perform “Hallelujah” and ‘Honey I’m Good,’” Cordina said. “It was just really cool to see him perform in person because it was like a free concert, and we will get to be a part of the Disney ABC Christmas showing.”

Often called “The Magic of Disney,” the happy feeling guests get while at the parks is often attributed to its versatility.

“It’s not like Disney has just one certain thing, there is something for everybody,” William J. Brennan junior Cydney Tindal said. “I think they’re really good at making sure everyone is comfortable and there is so much to do; so people have a lot of things to do because their interests are different.”

While many school’s students and advisers were enamored by the “Magic of Disney,” other groups opted out of the trip.

“I didn’t take my students to Disney World because of the extra money that it costs,” AP Mays Conservatory of the Arts adviser Devin Marsh said. “We were doing stuff for the convention yesterday, and it was a struggle enough to get them here. So we were not paying the extra $100 for that. The cost is not worth it for me, and I personally did not want to go.” 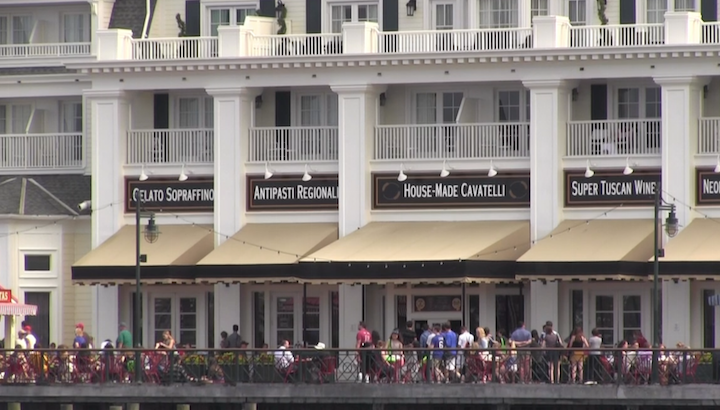 Although various age groups often flock to Disney World for vacation in its child-centered, whimsical parks, Marsh and his students do not feel the same excitement regarding Disney as other guests for these reasons.

“Most of my students would actually rather go to Universal and ride those rides,” Marsh said. “My students like the magic of gravity. Disney is a little little-kid oriented with the magic and the wonder, whereas my kids want rides, defying gravity, that sort of thing.”

Ranging from indifference to adoration, those who attended the NSPA convention had varying emotions regarding Disney Parks. However, those who enjoyed the trip to Magic Kingdom intend to enjoy Disney’s “magic” for years to come.

“I feel like every time you go there it would be something completely different,” Cordina said. “I mean, when I went it was a holiday so it was a lot more festive and magical, and the castle made me feel all magical. I don’t think the magic [I experienced] would ever fade.”

Below are pulled tweets from when journalism staffs went to Disney World.