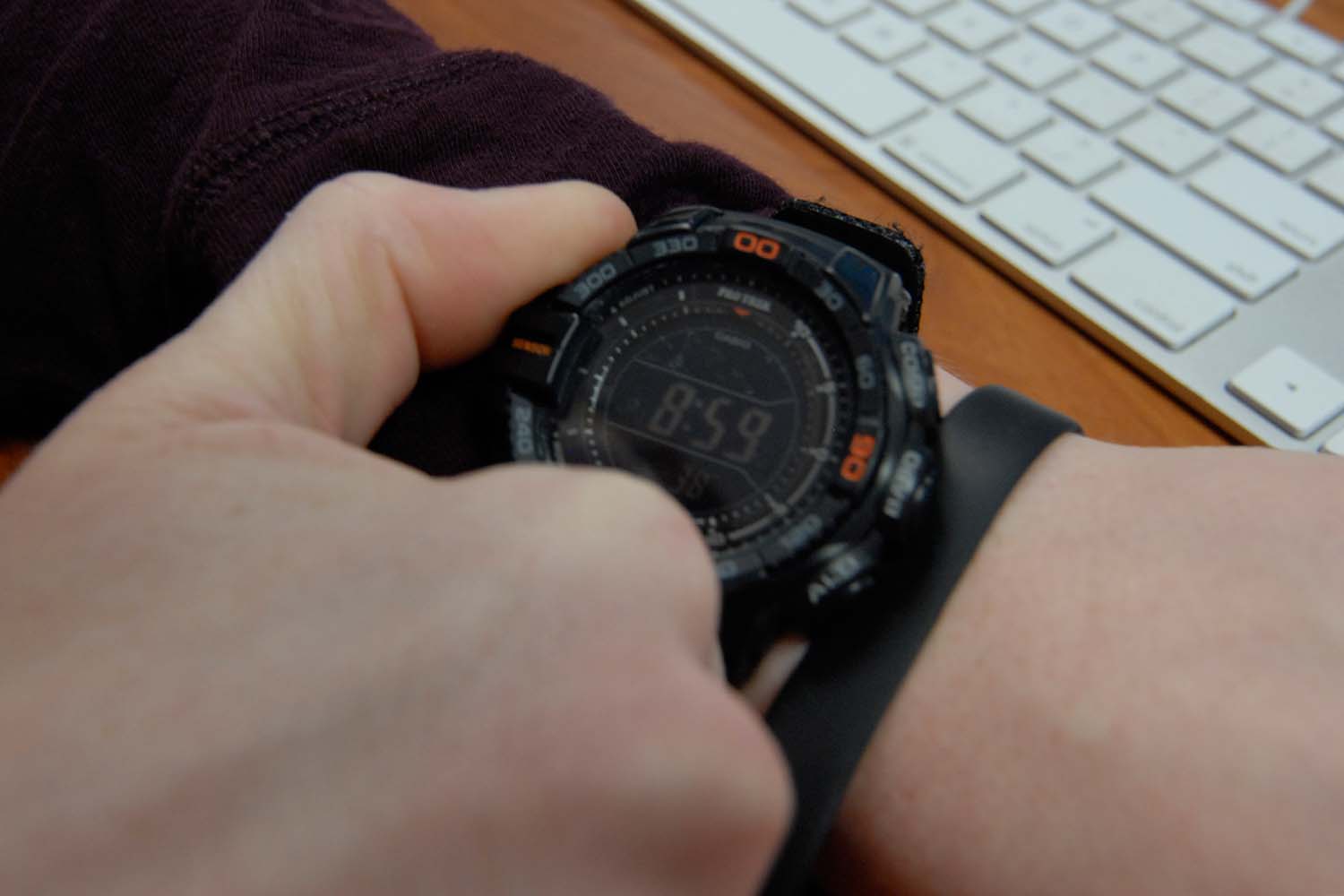 Adjusting watches and clocks twice a year would be a thing of the past if a proposed bill to eliminate daylight saving time in Texas is passed in Austin. (Benjamin Prengler)

Adjusting watches and clocks twice a year would be a thing of the past if a proposed bill to eliminate daylight saving time in Texas is passed in Austin.

Texas Rep. Dan Flynn decided to propose the bill because he believes there is no reason to have the clocks set forward, with calls about the time change a common occurrence at his office.

“It seems that every time we have to change the time, we get lots of complaints in our office,” Flynn said on WFAA. “A lot of people are just upset about the hassle of turning the clock forward and backward. It seems as though I have had more calls than ever this year.”

Several representatives and citizens alike think that daylight saving causes stress as well as a risk to health because of the drastic change in sleep hours.

“I have seen reports that show changing the time twice a year has an adverse affect on people’s health,” New Mexico sponsor state Sen. Cliff Pirtle said in a statement on The Washington Post. “When the time changes, people experience more mishaps, accidents and even more heart attacks. Sometimes, no change is good.”

Texas is among 11 other states that are pushing to eliminate daylight saving time.

“It seems like out of the blue I’ve been getting an earful from people around the state saying, ‘why are we still doing this?’ I didn’t wake up one day and say, ‘hey, we just need to kill this thing,’” Oregon’s state Sen. Kim Thatcher said on KOIN. “But the more I looked into it there really isn’t a lot of rationale for keeping it, other than just personal preference, and that’s why I say, let’s just send it to the voters and see what they say.”

Here on campus, some students wish Texas would make the move to get rid of daylight saving time.

It’s the best day ever when you get an extra hour to sleep in the fall.”

“I got only four hours of sleep because of daylight saving time,” senior Claire Becker said. “I was really angry the next day because I had work the next day, and I was exhausted. It was horrible.”

If Texas makes the move to eliminate daylight saving time it could present a challenge, while also taking away a cherished day for teens.

“I feel like not doing daylight savings time would be really confusing for just Texas because other states in America do it, and we would be off from everyone else,” senior Maddie Pool said. “It’s the best day ever when you get an extra hour to sleep in the fall.”