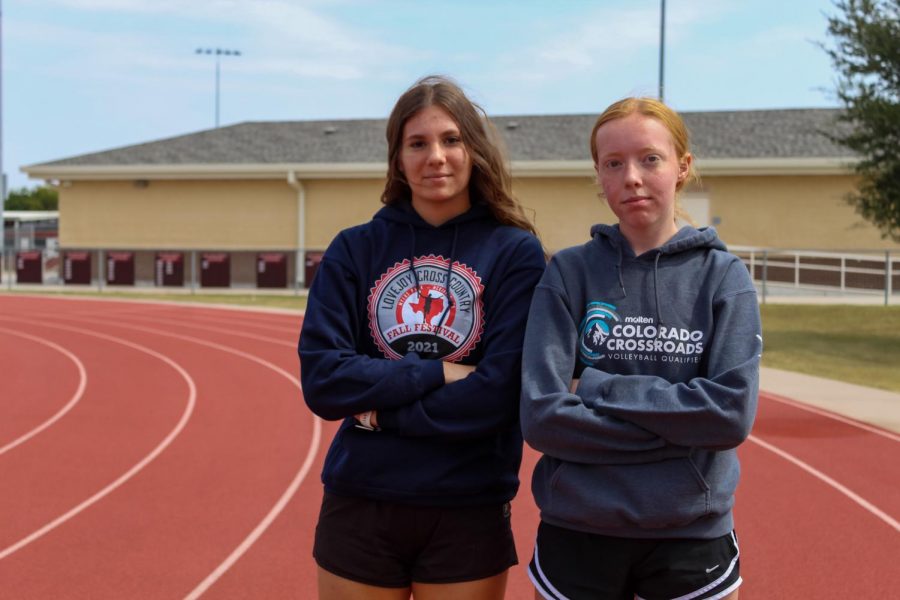 Seniors Madison Cinek and Jessica Rockenbach are currently in training for a marathon. They will be running the marathon on December 10.

Seniors Madison Cinek and Jessica Rockenbach plan to run the Dallas BMW Marathon for their senior project on Dec. 10.

“I chose this marathon because it is very popular and has a fun route,” Cinek said. “I have also seen past runners from Cross Country run the half marathon at this race.”

Cineck and Rockenback participate in cross country and have used the training to their advantage.

“I’ve been using cross country to help train for the marathon,” Cinek said. “I make sure to get my long runs in to help with my distance training, and I plan on increasing my training a lot during mid October.”

Cinek and Rockenbach depend on injury prevention and proper athletic treatment in order to maximize training.

They also chose to run a marathon in December because the cross country season would be over, which could help prevent overuse injuries.Outside of Cross Country, Cinek and Rockenbach increased their mileage and expect to ramp up training in mid-October.

“I have done a lot of research on how to properly train and prepare for a marathon,” Cinek said.

Alongside Rockenbach and Cinek’s research, they have entrusted the help and advice of their Coach Carly Littlefield from the cross country program, and a close family friend who is an experienced marathon runner.

Cinek and Rockenbach said they expect to face many challenges throughout the course of their training and the marathon.

“Some challenges I may face are struggling through the cold weather to train and the pain from the race that may make me want to quit,” Cinek said.

Cinek and Rockenback find inspiration to overcome these challenges through their team and other runners who inspire them.

“There are many 5k racers such as Katelyn Tuohy who train for months in order to perform at their best,” Cinek said. “I am also inspired by all of my teammates who train as hard as they can everyday at practice.”

The positive atmosphere in the cross country program also helps inspire Rockenbach to keep working hard through adversity in her training.

Rockenbach and Cineck want to encourage young athletes and runners.

“My advice for aspirational runners would be to always try your hardest, even though some days you might not feel as motivated to run,” Rockenbach said. “The outcome will reflect your hard work.”

“The advice I would give a new runner would be to trust the process,” Cinek said. “Getting faster is a long process that takes lots of training and dedication. If you put in the work you will see results.”