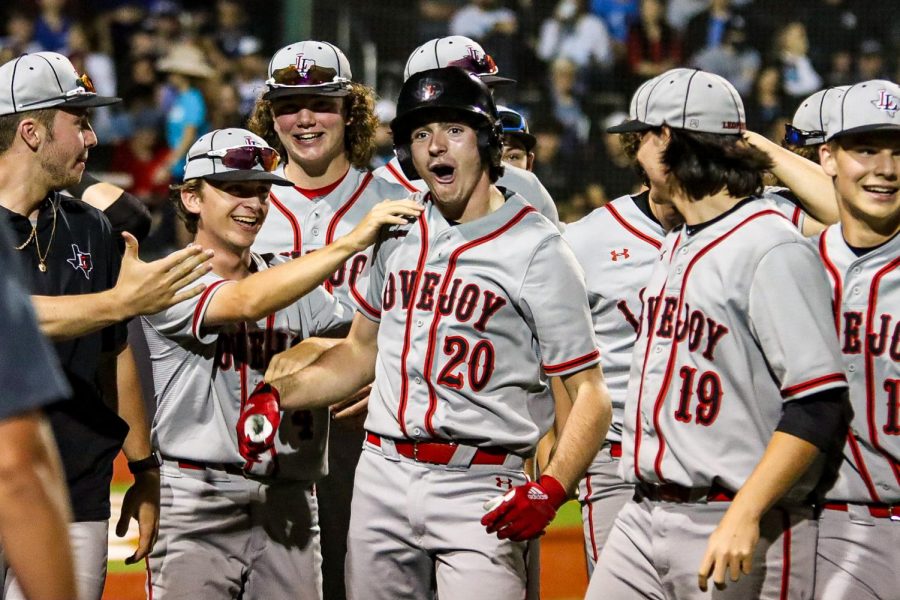 Junior first baseman no. 20 Dom Dechant celebrates with his team after crossing home on his home run trot. The team will face Hallsville on Wednesday night for game one of round four at Whitehouse HS.

On Thursday and Friday, the Leopard baseball team played the Rock Hill Blue Hawks in a three-game series for the third round of playoffs. They won the first game with a final score of 6-0, they won the second game with a score of 5-4. The team will play in the regional semi-finals against the Hallsville Bobcats on Wednesday at Whitehouse High School and Thursday at Rockwall High School.