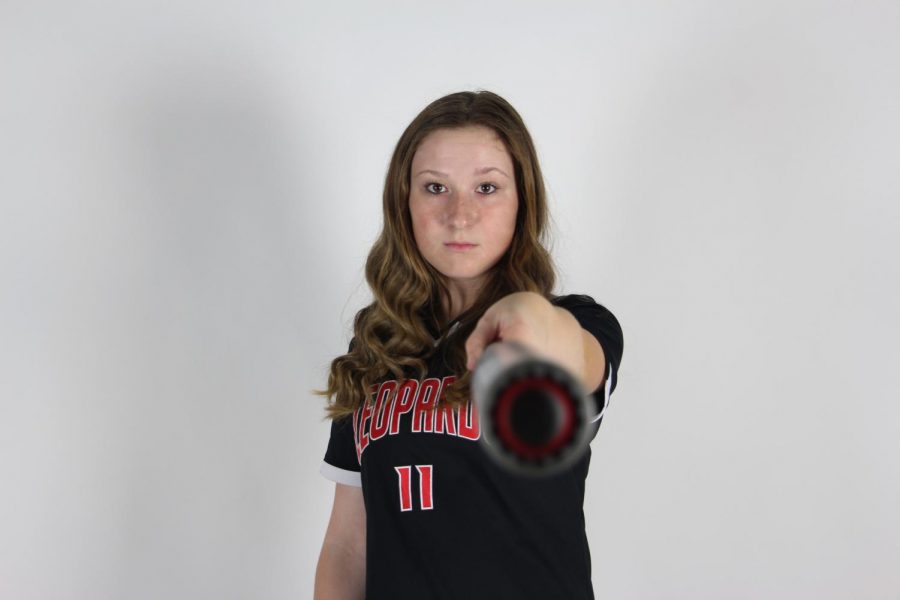 Sophomore Hannah Harvey is the Leopards starting second basemen. Harvey was nominated as player of the week by Dallas Morning News.

Hannah Harvey is a sophomore second baseman for the softball team. She was recognized on May 9 as player of the week by the Dallas Morning News for her play on the diamond. After her high school career, Harvey plans to play D1 softball.
Pre-Game:
Pre-Game hype song: “Get Ready For This” by 2 Unlimited

Favorite college team: Sam Houston State
Post-Game:
The Red Ledger: When did you start playing softball, and why did you decide to start playing?

Hannah Harvey: I started playing softball at the age of three. I started softball because out of all the sports my parents put me in, softball was the sport that I enjoyed the most and could see myself sticking to it for a long time.

TRL: How did it feel getting nominated as softball player of the week by the Dallas Morning News?

TRL: What is your favorite memory in your softball career so far? Why?

TRL: What has been a reason for your success this season? Why?

TRL: If you had to play any other sport besides softball, what would it be? Why?

HH: I would say I would play volleyball because I feel like that would be the sport I would understand the quickest. I feel like if I just work really hard, I could be really good at volleyball.

TRL: What is the major difference between club ball, and school softball?

TRL: What is a reason for the team’s success this season? Why?

HH: The reason for the team’s success is our team chemistry. It’s not just an individual thing. It is a team effort, and we have just been really coming together and contributing when need be. I think that is the reason that we’ve been so successful.

TRL: Do you see softball as an option beyond high school? Why?

HH: Yes, playing softball in college is a goal of mine, specifically a smaller D1 school.