TRL's Hannah Gonzalez shares her thoughts on Zoom through a letter 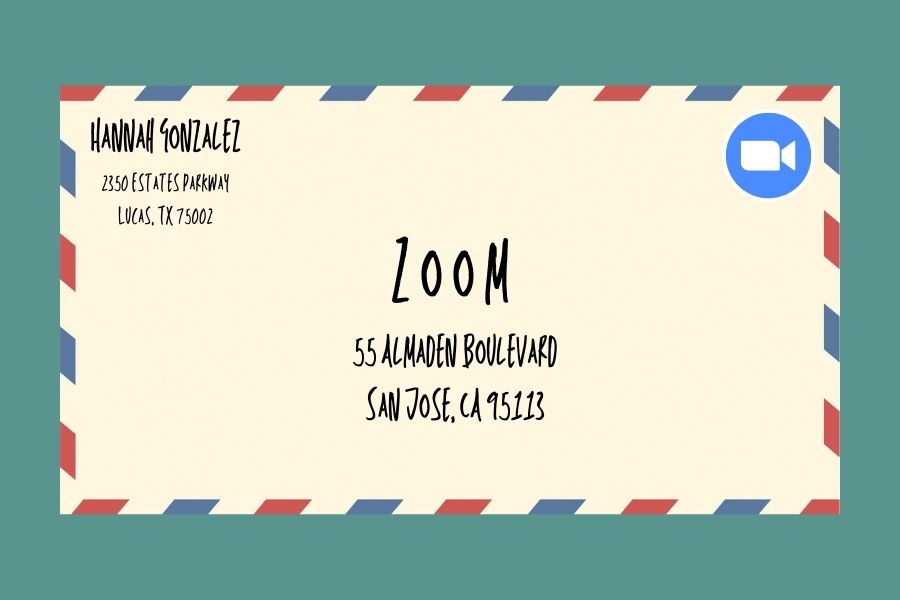 "So Zoom, thank you for being the “savior” of the world, but your time in the spotlight is over."

They say that you only have one chance to make a good first impression. Well, I consider yours adequate. In less than a week, you became the savior of the world; the “messiah” to our social lives. Your name was foreign to me, but you swiftly made your appearance into my life.

Businesses shut down, buildings closed, and schools were given an “extended vacation.” As if there was a solution to solitude, you emerged with a gateway to connection. Millions of computers installed your software at the command of it’s users’ single click. How did you do it? Were your doppelgangers, FaceTime and Skype, not adequate enough to catch the attention of the whole world? Apparently not, but you saw an opportunity, a debut that would send your career to levels of recognition that celebrities longed for. How clever of your marketing team to take full advantage of a global crisis to propel your net worth to over one hundred billion dollars. Ingenious, I suppose.

At first, you were irrelevant to me. You were just another trend that would eventually dissipate. The thing is, you never went away. Just like you were the “solution” to our social problems, you rapidly became the “solution” to my education. My whole future was being held in your hands. You created a gateway for teachers and students to reunite while being miles apart. You formed a whole new branch of online education. How cool is it that students could do school from their living rooms, or even from the comfort of their beds? But, that’s when it started. Out of this new branch of education, you have sprouted some of the most deadly sins of education.

It started with the mute button. A tool that was used to blockout external noises quickly became the alibi from answering questions and facing embarrassment. The camera button gave the opportunity for chronic cell phone use during class to be a constant source of entertainment as if the teacher’s lecture was just background noise. The private chat feature that once was for discreetly answering questions, became the excuse for the “physical burden” of speaking. All of your features compiled the enemy to learning, disengagement.

As the days went on, the screens got darker. What used to be a live video of a classmate in their living room quickly turned into a black square. More and more students started vanishing from the gallery feature until a black hole had formed on my screen, as if my computer had never been on at all. And lastly, the dreaded breakout rooms: a space engineered for group communication and synergy. Ironically, silence engulfed the rooms leaving the teachers with uncompleted assignments and “Zoom shy” students.

Because you became students’ preferred choice of learning, cheating became disappointingly essential to pass classes. Attention spans were shortened because, to be honest, who wants to stare at a pixelated canvas for eight hours? Perpetual screen consumption and excessive procrastination became an unrealistic expectation of how to achieve success in this world.

So Zoom, thank you for being the “savior” of the world, but your time in the spotlight is over. You are being replaced by the fulfillment of real life interactions. I’m saying goodbye to the ceaseless hours I spent staring at you. No more students on the other side of the void. No more opportunities to slack off and take the easy way out. You’ve instilled dreadful habits into countless students, but not anymore. On your attempt to connect people, you only made us grow farther apart. I’ll occasionally see you around, but my life is no longer being held in your hands. Thankfully, our time together has come to an end. Thank you for your good intentions, but I don’t need you anymore.

“Are you sure you want to leave the meeting?”