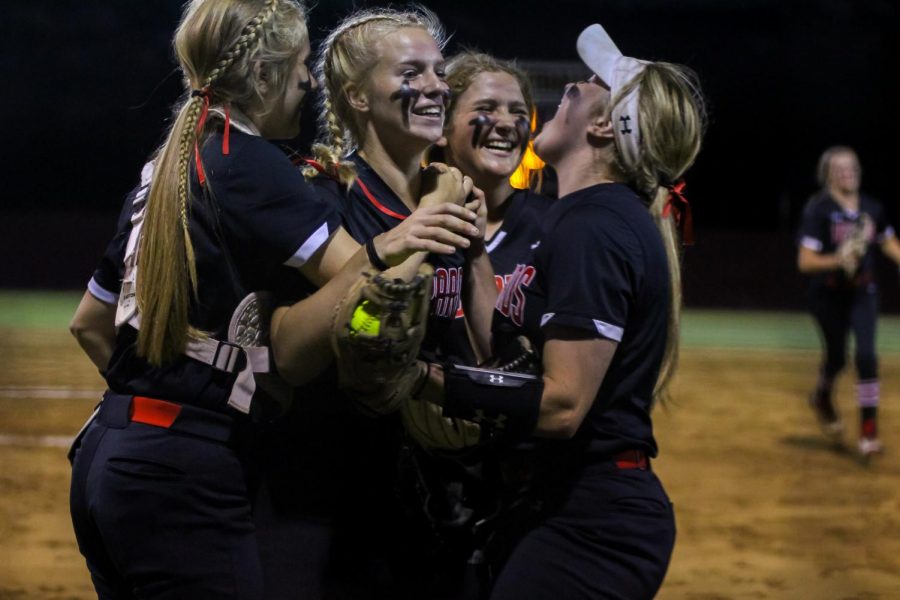 On Thursday and Friday, the Leopard softball team played the Frisco Heritage Coyotes in the regional quarterfinals. The team won the first game with a final score of 4-2 and they won the second game finishing the game with a score of 5-4 in an 11 inning game. The Leopards will play the Sulphur Springs Wildcats on Wednesday and Friday at Rockwall High School for the regional semi-finals round of playoffs.