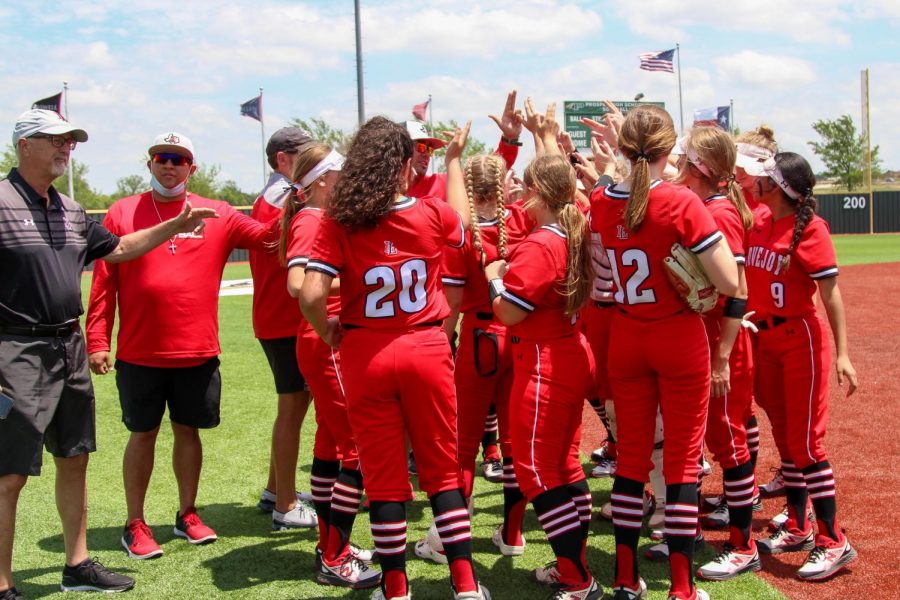 The softball team breaks out after the second game of the three-game series. The Leopards won this game 17-2.

On Friday and Saturday, the Leopard softball team played the Creekview Mustangs in the second round of playoffs. The Leopards won both games with final scores of 12-1 and 17-2. The team will be playing the Frisco Heritage Coyotes in a three-game series for the regional quarterfinals.