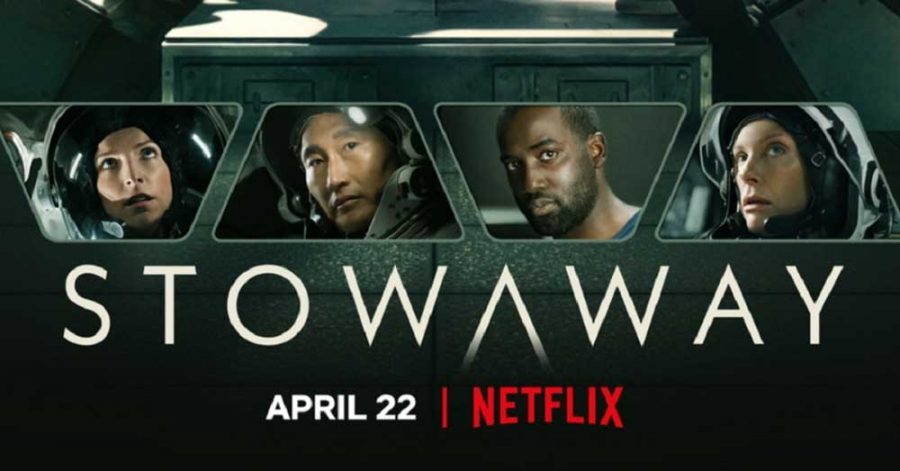 Netflix released "Stowaway" on April 22. TRL's James Mapes said the movie has an "interesting plot" and is "enjoyable."

Netflix’s newly released thriller adaptation “Stowaway,” directed by Joe Penna features stars such as Anna Kendrick, Toni Collete, Shamier Anderson and Daniel Dae Kim. “Stowaway” is a sci-fi, thriller that portrays the story of a three-man crew on a mission to Mars, when suddenly trouble arises as a ‘stowaway’ is discovered.

Zoe, played by Kendrick, is the ship’s medical researcher whereas David, played by Kim is the biologist. The title of commander of the ship goes to Marina, played by Collete, and last but not least the stowaway Micheal, who is portrayed by Anderson. After the discovery of Micheal, the viewer sees the main crew deciding whether or not to rid the ship of the stowaway.

Succeeding a quick turn of events, both of the spaceship’s supplies and oxygen are dangerously low, and the crew comes to the decision that one of them must sacrifice themselves for the others, but the question is… who.

Luckily, the biologist on the ship had a plan. David concluded that by using the algae he brought to plant on Mars, the crew could obtain oxygen needed for crew members, however that didn’t go as planned, so Kendrick suggested climbing to another part of the space station. However, it was a dangerous mission because of the ongoing solar storm they were stuck in. The idea of sacrificing climbs its way back into the film, when the passengers must decide who is going out into the almost certainly deadly storm. The stowaway doesn’t possess the necessary skills to perform the task, David has a family waiting for him back home, and Marina’s arm is injured from a previous incident. This left Kednrick to climb, which in turn cost her life.

In the end, we never get to see if the crew makes it to Mars or not, but if that’s what you were looking for… you missed the point. Leading up to the end of the film, a sacrifice or ‘sacrificial lamb’ is foreshadowed throughout, and even though the end was  predictable, it was enjoyable.

In totality, Netflix’s new thriller “Stowaway” has an interesting plot, and an average set of characters. This film should not be looked upon critically, but should be watched if one is a fan of the thriller genre because it is indigenous.