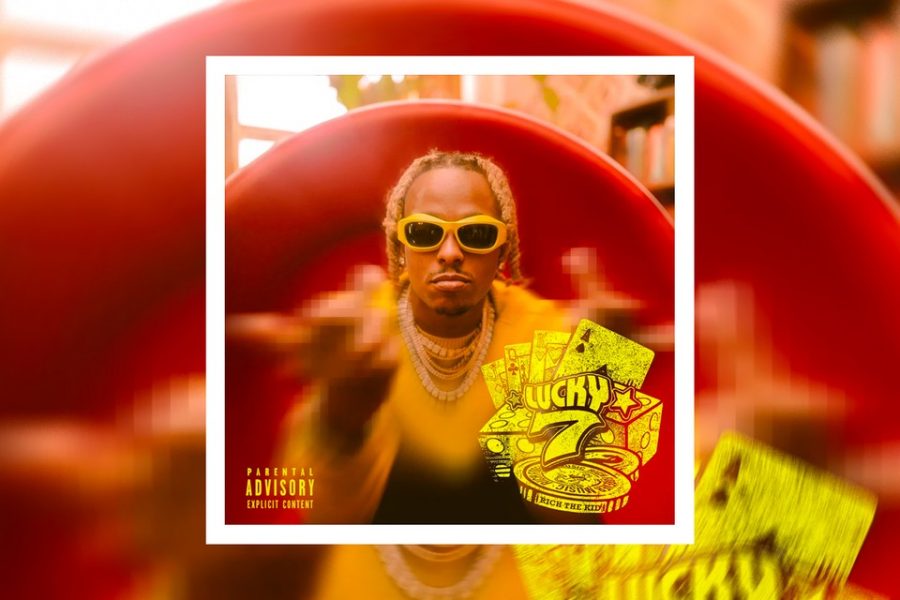 TRL's James Mapes said that Rich The Kid's new album, "Lucky 7" is not for those who "aren't the biggest fans" of rap. Mapes said he looked forward to listening to the song "Too Blessed" the most.

Famous rap artist Rich The Kid released his first new project in 2021, and it’s called “Lucky 7.” This album is composed of seven songs and has a run time of a mere 19.5 minutes.

The first song on the album, “Split,” is lacking in a few aspects. The song doesn’t make the audience feel anything. It is not good enough for anyone to get “hype,” and the lyrics and beat aren’t aiming for a “vibey” song. “Split” is just your run of the mill Rich The Kid song, where he raps about making money. This is nothing new or groundbreaking.

The next song on the album “Laughin” feat. DaBaby was supposed to be a promising song from both Rich The Kid and DaBaby, but both artists’ verses were lacking. On Rich The Kid’s part, he was trying too hard to rap fast, and this just doesn’t fit him. DaBaby however, stayed to his roots and put out a just fine verse for the song, but it wasn’t anything special. When listening to this song, the audience feels as if they’ve heard this song a million times now, but that is just because of the unoriginal flow, lyrics and beat.

Another promising song on the project would be “Boom Boom” feat. Lil Mosey. Mosey is known for his music to not ever really be bad, but once again there is something going on with this album, and it feels as if none of the artists even tried. Fans of Lil Mosey tend to be very loyal and will find a way to enjoy this song, but for most, this song isn’t anything special either. Lil Mosey performs a way different than usual, straying away from his original flow and clever lyrical ability.

When looking through the songs on the album, “Too Blessed” had to be the song I looked forward to the most. This song was also worked on by former Migos, Quavo and Takeoff, who are known for only making good music. Out of the seven songs on this album, this was definitely the most enjoyable. Rich The Kid keeps the vibes high with his chorus and provides adlibs, while Quavo and Takeoff, show off their great rapping ability. Quavo and Takeoff save “Too Blessed” with their great rapping ability, and provide the audience with at least one song that rap fans will enjoy.

Overall, if you aren’t the biggest fan of rap and want to get into it, don’t listen to the album.  “Lucky 7” by Rich The Kid wasn’t anything special, and doesn’t show the listeners any of Rich The Kid’s talents, while also portraying the bad part of famous rap nowadays.