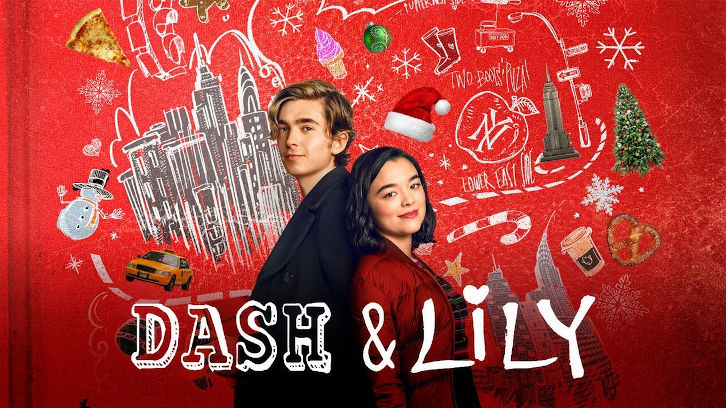 TRL's James Mapes said that 'Dash & Lily' is a "great show" with a "depthy plot and unique characters."

The new Netflix romance series “Dash & Lily” has released its first season for the holidays. This story entails two teens, Dash and Lily, who  are alone in New York City for the holiday season, so they set off on an anonymous treasure hunt to find each other.

When starting this show, it is normal to think that this will be just another Christmas romance for the holidays, but this is not the case. Actually, “Dash and Lily” has a buffet of depthy characters, a unique plot, and a surprising super power to make you marathon the show in a single night. The main character, Dash, seems as if he’s a loner and  introvert on the surface, but throughout the show, we see Dash progress from a christmas-hating introvert to an appealing dreamer. Near the beginning of the show, we see Dash find a book that leads to a mystery girl. This mystery woman turned out to be Christmas-lover, Lily. Lily’s favorite holiday is Christmas because of the time she spends with her family, but this year, Lily’s family won’t be home for Christmas. This leads Lily  to shake her life up a bit. She takes her passion for reading and her want of a boyfriend, and  creates an anonymous book to find her the perfect man.

“Dash & Lily” has many reasons for turning out to be a great show, but one of the primary factors was the show’s side characters. It’s easy to find one’s self having differing opinions on a character after each new episode. A character with little screen time in the show, the boyfriend of Lily’s brother,  Benny, is a likeable character that you love to see appear in the show.

This show portrays Dash and Lily’s point of view as they attempt their best at finding one another in the great big city of Manhattan. Also, don’t get “Dash & Lily” mixed up with other cliche christmas series because “Dash & Lily” is not for the young eye. This show also conveys sides of high school that most TV shows don’t, such as bullying, and what “young love” is like today. .

Overall, “Dash & Lily” contains great, likeable characters, an original and creative plot, and of course your good ol’ happy ending for the Christmas season. The only reason “Dash & Lily” didn’t receive an “A” rating is because the ending sprinted back to a Christmas cliche.