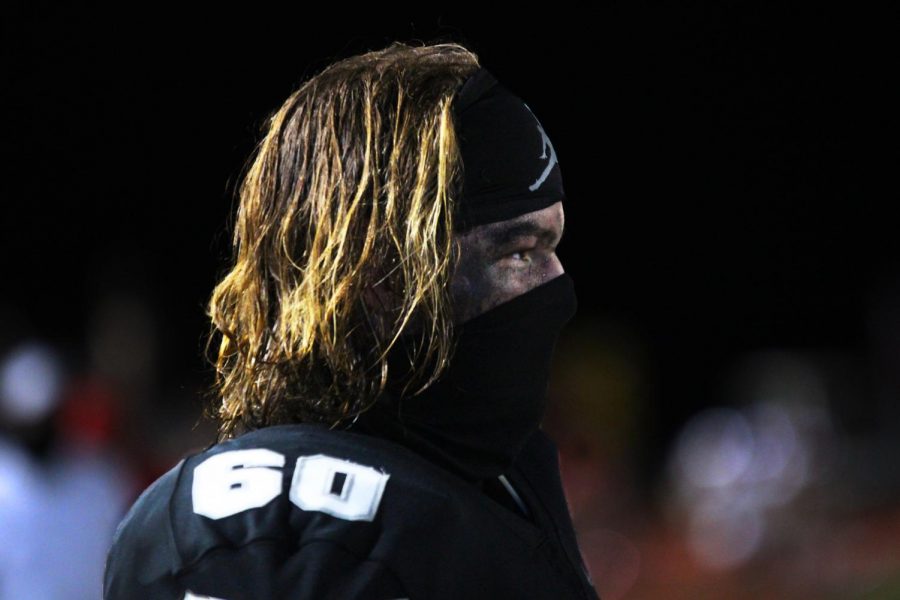 Senior Trent Robinson started playing football in kindergarten and is now a left tackle on the varsity team.

Trent Robinson is a senior, and he is a starting left tackle on the varsity football team. Robinson got an offer from Eastern Kentucky University on Oct.1, to play football.
Pre Game:
Favorite color: Red

Trent Robinson: I started playing football in kindergarten because I fell in love with the game when I touched a football.

TRL: What was your reaction when you saw the offer from Eastern Kentucky?

TR: I just thought that all my hard work and dedication paid off.

TRL: Do you think you will choose to commit to Eastern Kentucky University? Why?

TR: I think time will tell. I would like to keep my options open.

TRL: How have you been preparing to play college football?

TRL: Who has been your role model in your journey to playing college football? Why?

TR: My father because he’s pushed me to be where I’m at today, and he played quarterback in college.

TRL: What is your favorite part about football? Why?

TR: My favorite part of football is winning because it shows that all the hard work pays off after a hard fought victory.

TR: My favorite memory was getting revenge, and beating Frisco Reedy my junior year with 1 minute left.

TRL: What advice would you give to someone that also wants to play college football?

TR: The sky’s the limit. It’s a grind, but if you put your mind to it, and put the work in, it’s achievable.