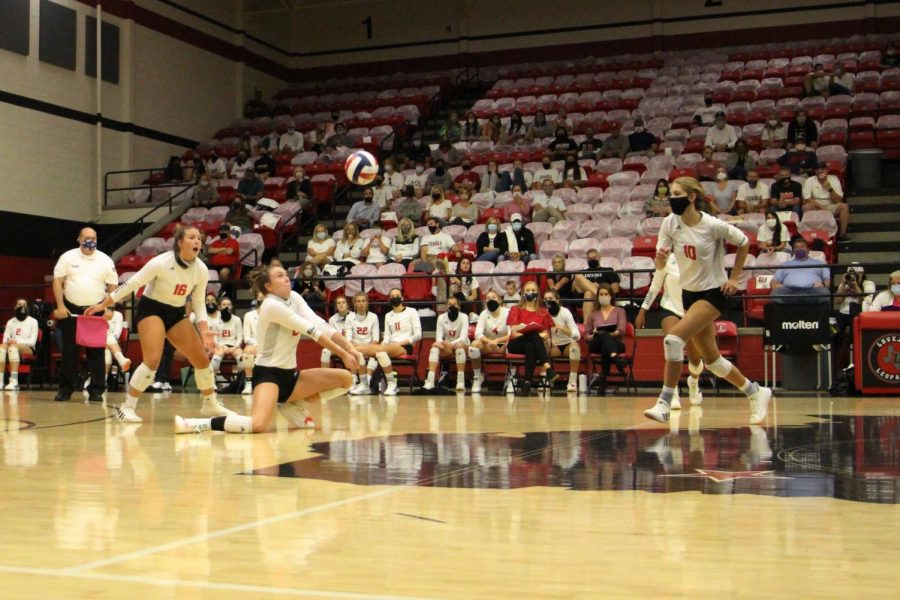 “Our girls played clean and aggressive,” assistant coach Natalie Puckett said. “I thought our serving was very aggressive and consistent. I call serving zones, and the girls all hit their zones with purpose and aggressiveness.”

Rock Hill is a new high school in Prosper ISD. The preparation for this week’s game was focused on practicing for any situation.

“The only knowledge we had of Rock Hill was their scores against the other teams in the district,” senior outside hitter Brynn Egger. “Our mindset last night was to not underestimate anyone and to play our game at a strong level.”

The team is going into their second round of district games this Friday against The Colony.

“Going into round two of district playing The Colony again, we want to come out stronger than the first round and continue to get better as a team,” Puckett said. “We will continue to work on setter-hitter connections, a steady and consistent back row and a strong blocking presence at the net.”

The team’s goal is to make it through the playoffs and win the state championship.

“We’ve been working in practice on new skills and strategies to take into playoffs,” junior middle hitter Grace Milliken said. “We are able to implement and fine tune those things through our district games.”