Senior Chelby Inman reflects on her struggles with epilepsy 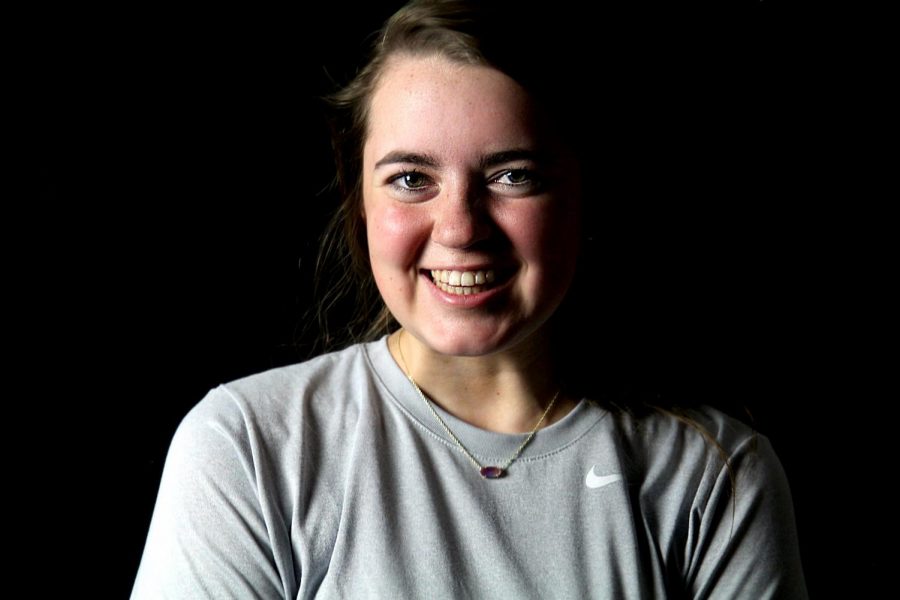 It was the week before finals, two years ago. It was 4 a.m., and the world had a silent hum. Senior Chelby Inman, however, was still awake at a sleepover with her friends, a momentary respite from the stress of studying.

After waking up, only having slept a few hours, the early morning sun casting muted shadows around the room, Chelby stood up and walked. Half an hour later, she awoke to the concerned faces of her family and friends in the emergency room.

“I remember the night perfectly,” Chelby said. “We were just having fun and doing freshman girl things – staying up talking and such. The next morning is a complete blur from when I had the seizure, to just waking up in the hospital.”

Inman suffered a seizure from a combination of Chelby’s undiagnosed epilepsy, stress from studying for finals and sleep deprivation from staying up late.

“Luckily, my friend Emma Boland was awake and went and got her mom while our other friends stayed with me,” Chelby said. “Her mom immediately called 911 and then called my parents since this had never happened before.”

Emma’s quick action, thanks to her recognizing signs of a seizure from watching medical dramas, got Chelby the help she needed.

“It was probably one of the scariest moments of my life because the sudden switch from [Chelby being] perfectly alert and walking to her falling was so startling and unexpected,” Boland said. “I even thought, at first, that she had just tripped over something and fell, until she didn’t get up right away, and I started to realize that something more serious was going on.”

After waking up in the hospital, Inman was unaware of what had transpired.

“I have the seizure, which only lasts about 30 seconds, and then I’m able to talk and interact with people,” Chelby said.“I just don’t remember any of it. [After my first seizure], I remember asking my parents what had happened, and they told me. I immediately burst into tears.”

Chelby Inman was diagnosed with epilepsy after her first seizure.

“After the seizure, they told me I have epilepsy, and I’ve had a type of epilepsy my whole life,” Chelby said. “[The doctors knew I had it because] my eyes have always fluttered when I was tired or when I would first wake up.”

Numerous challenges have come with her diagnosis, including having to adhere to a Texas state law stating that drivers who have a seizure have to wait 3 months after the last seizure before operating a motor vehicle again. Other precautions, designed to reduce Chelby’s risk for another seizure, include ensuring she’s not overwhelmed, getting enough sleep and staying on top of her schoolwork.

“It’s a management of life to avoid triggers for seizures, such as sleep deprivation and stressful situations,” Chelby’s mother, Sharon Inman, said. “She has learned the cost of not managing a seizure which is a high price to pay.”

According to Inman, both her parents and friends have been instrumental in supporting her.

“My parents, but especially my mom, [have] been huge [helps] in making sure I was getting accommodations at school I needed, since things changed in how I was thinking at school when I was recovering from a seizure,” Chelby said. “Also, all my friends have been huge supporters in making sure that I wasn’t pushing the limits too much. They would make sure I was putting myself first.”