Senior Goodbye: What you leave behind 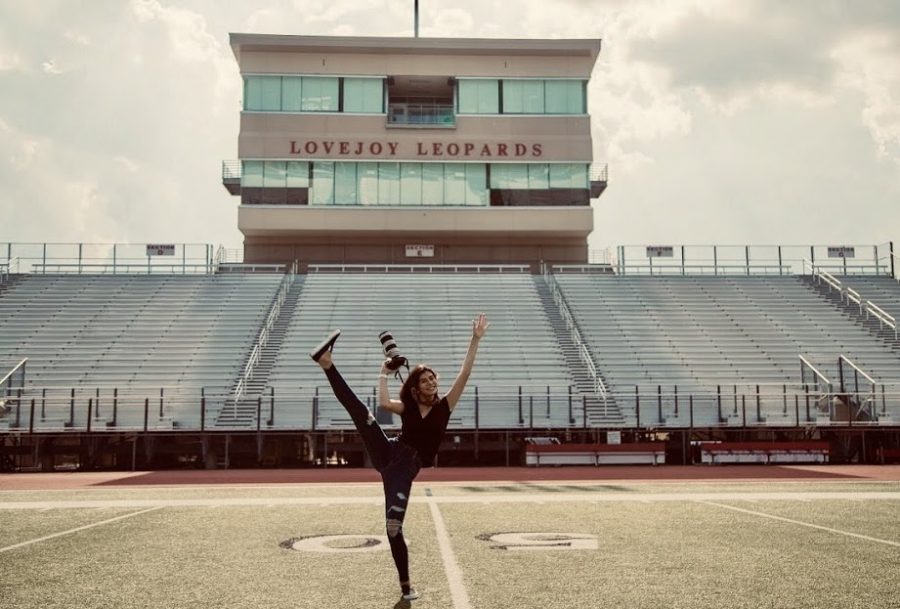 Senior Shae Daugherty revisits Leopard Stadium where she spent friday nights capturing the football team's victories and teaching underclassmen how to shoot sports photography. "I remember watching from the Jungle with Dolberry, seeing Amiya and Jade sprinting down the sidelines, Olivia shooting on the opposing side, still in her cheer uniform. It made me happy to know that they could have gotten an award winning photo because someone took them to a game. Opportunity is everything."

In every aspect of my life, I am the big sister. I had no one looking out for me, and I was only hurt because of it. So, during the past few years, I made it my mission to look out for them. I took as many underclassmen under my wing as I possibly could. When each new wave of freshmen came into the newsroom, I saw a new group of younger siblings to look out for. I taught them everything I could. My shoulder was quickly soaked with the tears of a 15 year old’s breakup, I answered every 2 a.m phone call, and drove innumerable kids home.

I joined the middle school newspaper, LeopardLife, in the eighth grade as the graphics editor, and halfway through the year, a girl from New York joined our class. She was two years younger than me, but we quickly became fast friends. Arushi and I were inseparable. Eventually, summer came and went, and I went through my freshman year. Early sophomore year, I was called into the newsroom during my lunch, and she was– Arushi Gupta. We stared at each other for a few seconds, but then quickly resumed our conversations as if no time had passed. I remember that moment exactly. That’s when I knew the big sister gene™ had been activated.

Another year passes. I am now the photo editor, and Arushi joined our class period. It’s the first day of school, and I meet my team. The photographers, majority of which were new to staff, were mine. My group. My kids. They quickly warmed up to the staff, and we all got along famously. I learned a lot about myself during this first week. I discovered my talent for tutoring, because everyone was failing HUGAP and Spanish I. I realized that if I expected them to listen to my advice, I had to be true to my convictions. I thought I had it all handled, that things were running smoothly. I knew I was in for a wild year during the year’s first F&R, a sacred TRL tradition, when Olivia burst into tears when talking about her first week of high school.

Suddenly it was senior year, and every Friday night my car was loaded up with photographers and camera bags, because I wanted them to have every opportunity to shoot possible. The hour long drives, pre-game dinners, and car ride karaoke sessions made my senior year. I remember watching from the Jungle with Dolberry, seeing Amiya and Jade sprinting down the sidelines, Olivia shooting on the opposing side, still in her cheer uniform. It made me happy to know that they could have gotten an award winning photo because someone took them to a game. Opportunity is everything.

The year slowed after football season. They didn’t need me anymore, they’d learned everything they needed to know. With all of my free time, I began to write letters. I’d been doing this for years; it started with Olivia’s first game shooting. I came home, wrote her a letter, dated it, and saved it for later. I accumulated letters to the staff for the past two years, and decided it was time to start writing the final letters. The goodbyes.

It’s no secret that I wear my heart on my sleeve, and because of that, it is so important to me that people know how much they are loved.  It’s not hard to do, and their smiles are priceless. So, my last piece of big sister advice is to burn brightly. Laugh loudly without fear of judgement, participate in every dress up day, and work harder than you did last week. Don’t be afraid to tell someone you love them, and risk the traffic ticket to take six kids to dinner. Come the fall, I’ll be six hours away, but I’ll still pick up every 2 a.m phone call.