Zooming into a new season 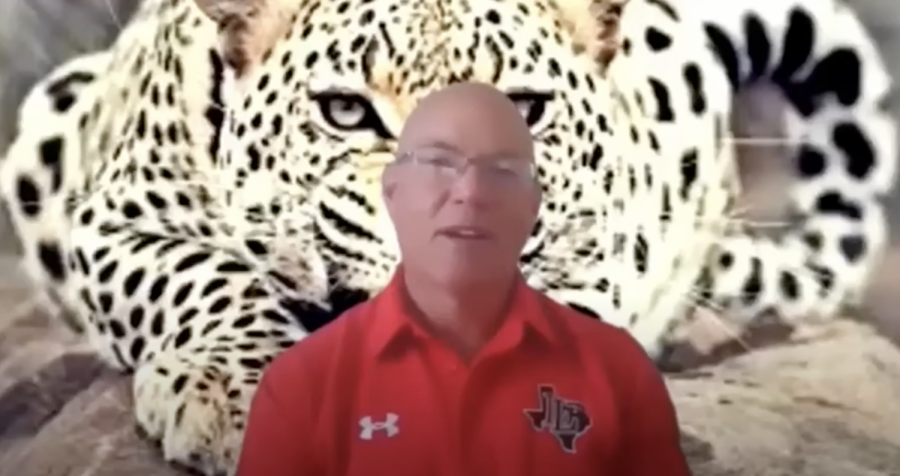 New head football coach Chris Ross adjusts to his new normal. Coach Ross, as well as the other football coaches, lead Zoom calls each week to keep the team connected.

New head football coach Chris Ross has been a part of the district since February, which was less than a month from when COVID-19 suspended school. Ross is adjusting not only to his new school, but he is also having to connect with his players and coaches online. He has been utilizing Zoom, social media and phone calls to connect.

“The adjustment to Lovejoy has been more about Zoom than schools,” Ross said. “While it has been an adjustment, the challenges have made us learn new ways to connect that will benefit us all moving forward.”

Just as Ross adjusted to coaching at a new school without much in-person time with players, team members are having to adjust to their coach digitally.

“The new coaching staff has been great about communicating and trying to connect under the added difficulty of COVID, which has given me confidence in their concern for our team,” junior Parker Braithwaite said. “It shows that it is more than just a job for them. They actually care and truly want to know us as players.”

Each week Ross and his coaching staff give players their workouts, as well as a goal for the week’s mental training.

“Each weekly lesson is focused on one piece of our expectations regarding our culture and standards,” Ross said. “Each day the players receive a lesson from the coaches covering an aspect of the weekly lesson. On Friday, we have a team Zoom where a coach or a speaker ties the week together.”

Since COVID-19 has not allowed the team to be together physically, student leaders on the team have a responsibility to keep the team accountable.

“Since we haven’t had practice, it has been very important that the leaders on the team step up and hold everyone accountable,” junior Blake Slaughter said. “[They make] sure everyone’s in our online meetings, getting our workouts in, and doing what we’re supposed to, [like] making right decisions outside of football and in football. As a team, we’re taking this as an opportunity to get better when others aren’t. Online or not, we’re working to be better than our opponent every day.”