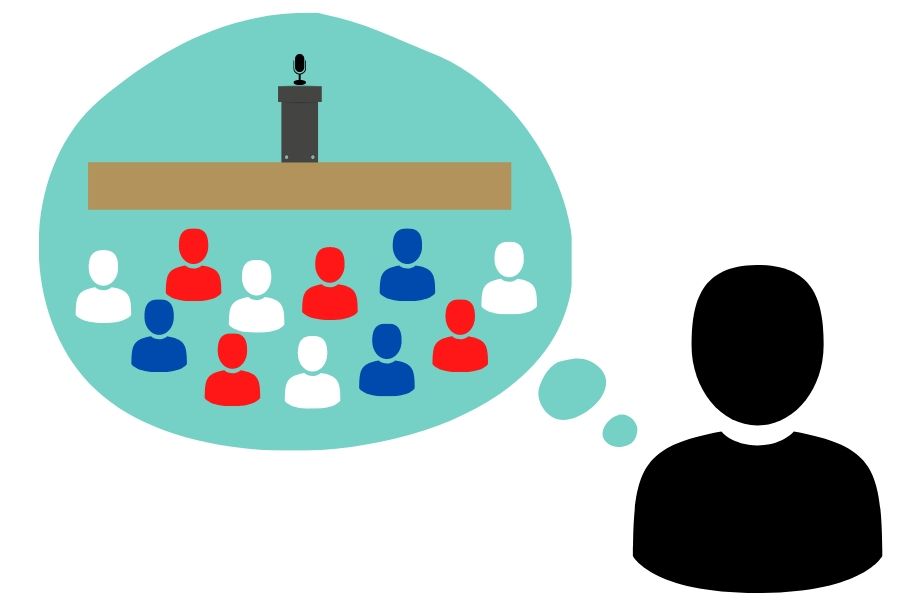 "While many of the local candidates here in Collin County continue to make their case on social media platforms, it’s a far cry from the traditional form of campaigning that had dominated election season for the past couple of years."

With the advent of COVID-19, political candidates who are used to fundraisers, public speeches, and rallies packed with enthusiastic supporters, must now do what they consider the unthinkable; refrain from public activities.

While many of the local candidates here in Collin County continue to make their case on social media platforms, it’s a far cry from the traditional form of campaigning that had dominated election season for the past couple of years. “Retail politics”, a type of political campaigning in which politicians directly talk to and interact with their supporters, is being dealt an unexpected death blow. Instead of giving a stump speech at a local restaurant, a candidate streams their speech on Facebook. For example, Democratic candidate for Texas’ 3rd Congressional District, Lulu Seikaly, streamed a “Faith Leader Roundtable” on April 20, discussing a number of issues with local religious leaders.

But one of the biggest effects this pandemic is having on our political system is not how politicians campaign, but instead how citizens vote.

The issue in the state and Collin County is whether or not mail-in voting should be expanded. Mail-in voting is a form of postal voting, in which ballot papers are given to citizens or returned by post, as opposed to citizens voting in person at a polling station.

The Texas Democratic Party recently filed a federal lawsuit urging the judiciary to order the state of Texas to expand mail-in voting. Along with the lawsuit, a federal judge hailing from Travis County issued a temporary injunction allowing anyone who has a risk of being exposed to COVID-19 to apply for an absentee ballot. Doing so essentially allows every voter to exercise that option.

Proponents argue that expanded mail-in voting is necessary during the pandemic. They believe that forcing individuals to vote at polling stations greatly increases the risk of exacerbating the public health crisis, and that mail-in voting essentially nullifies any risk of catching COVID-19 during voting.

Opponents of expanding mail-in voting believe it could lead to greater risk of voter fraud. A notable voice against the expansion of mail-in voting is Texas Attorney General Ken Paxton.

“Unlawful expansion of mail-in voting will only serve to undermine the security and integrity of our elections and to facilitate fraud,” Paxton said in response to the court’s ruling.

Furthermore, states that have allowed larger access to mail-in voting have faced tough logistical problems in attempting to collect the votes. Such a problem would be compounded by Texas’ large population and geography.

As the battle over mail-in voting between the counties and states carries on in the court systems, Collin County stands on the sidelines, waiting for a decision. Despite this, some cities are taking action themselves.

The Allen City Council voted 6-1 to postpone the May 2 election to Nov. 3, believing it necessary for public safety. Many other cities are following Allen’s lead of postponing elections citing COVID-19 concerns.

Across Collin County and the state, there may be a number of elections going forward. Given the large size of Texas and its decentralized approach to handling elections, we may never know the full extent of how many elections will be held.

As of April 22, Collin County reported 570 total positive cases of COVID-19 and 14 deaths. This invisible enemy has forced us into our homes, ravaged our economy, and is now undermining our political institutions.

With the resilience of our democracy, the grit of the Texan people, and our faith in God, we will overcome this challenge.