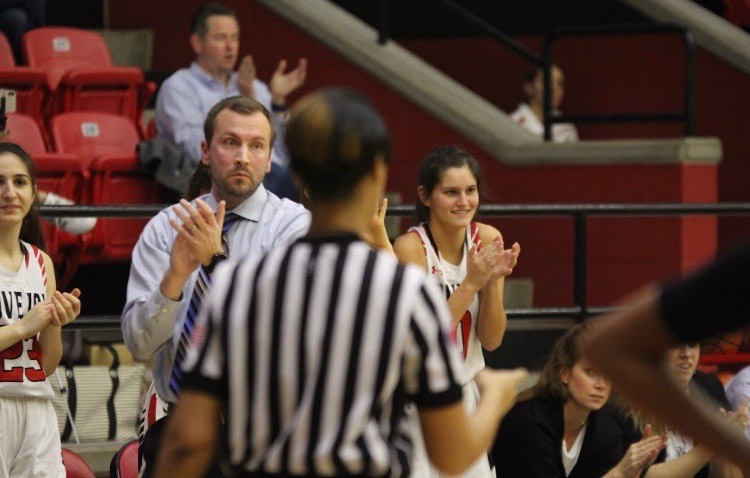 Lance Boxell coached the girl's basketball team for six years in the district and is now transferring to Frisco Reedy.

Lance Boxell, coach of the Lady Leopards, has resigned and announced his transfer to the Frisco Reedy boy’s basketball team.

“I have enjoyed the past six years of being the head girls basketball coach at Lovejoy,” Boxell said. “My family is very thankful for all of the support everyone gave us along the way. My wife spent three years as the assistant principal at Lovejoy Elementary, Nash [son] went to school at Lovejoy and Puster, and Finley [daughter] went to Little Leopards. My entire family loved being a Lovejoy Leopard. It is a special place that we will always cherish.”

Freshman Samantha Basson played on the varsity team this year, under Boxell.

“I believe this will affect the team somewhat next season just because Coach Boxell coached LHS for so long, it will be a big shift of changing head coaches quickly before the season picks up again,” Basson said.

Sammie Basson, as well as her teammates, will be under a new coach this upcoming year.

“It was definitely a shock to me when we found out he was leaving, but I’m ready to get to know the new coach coming in,” Basson said. “It is sad to not get to be coached by the same coach all 4 years, but I’m excited to play for someone new this coming season. I think it will take everyone as a wholesome time to get to know the new coach and get used to the switch. However, I think in the long run it will be exciting to see what we can accomplish this season.”

Nash will be entering third grade this upcoming school year, and is one of the reasons Boxwell took his new coaching position.

“One of my dreams is to be able to coach [Nash], who will be in third grade next year,” Boxell said. “While I realize that he still has some time until he gets to an age where he will be playing for the school, the opportunity to become a head boys basketball coach in the metroplex at a school that is close to the same caliber of a Lovejoy is something that I could not pass up.”

Senior Carson McFadden is graduating this year and throughout her high school experience has played under Boxell.

“Coach Boxell’s knowledge of the game will be difficult to replace; however, I have faith that Coach Puckett will not settle and will find a great coach to take over,” McFadden said.