Column: Hanging up the spikes

With an unprecedented end to the school year, TRL's senior Benjamin Nopper must say goodbye to baseball early 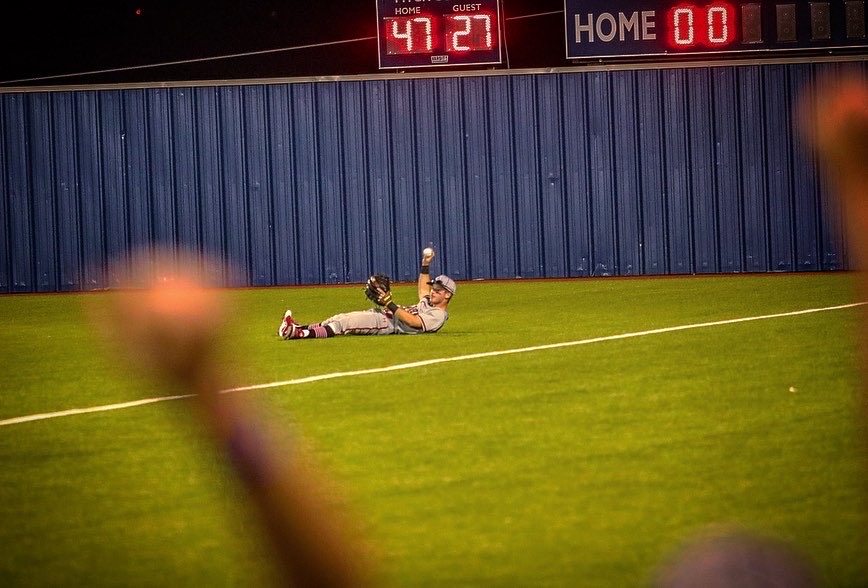 It was just an average Thursday morning. That’s what I told myself as I comfortably sprawled out on my “reserved” seat on the bus‒the second to last one on the left side of the aisle‒with one earbud in and the other out, simultaneously absorbing my music and the jovial laughter that you might expect from a high school baseball team.

It wasn’t before long that Tim McGraw’s “Live Like You Were Dying” blared through the team speaker and we arrived at the baseball field in the vast obscurity that is Hallsville, Texas.

Right before we took the field, we received an email from the school district that spring break had been extended a week due to COVID-19. We all cheered emphatically as everyone’s mind seemed to romp towards Six Flags and Seaside (baseball players don’t really get to enjoy spring break).

But in that short-winded moment of pandemonium, nobody anticipated that we would never play another game the rest of the season.

And for me, I will never play another game again.

The coronavirus affects everyone to some extent or another, and in the grand scheme of things, I’m fortunate to say the worst way it has impacted me is by taking away the game of baseball. My heart goes out to all the people who face much more serious consequences of the pandemic, such as losing their jobs or loved ones. I understand why our season had to be cancelled, and I pray for the day that there is healing and all this is over.

With these greater concerns in mind, this is my story about how playing‒and losing‒the game of baseball impacted me.

My baseball journey began when I was three years old. My parents searched tirelessly to find a tee-ball league that would allow me to start at such a young age. From that point on, I spent the majority of my career competing with kids who were older and more physically gifted than me.

This was an incredible learning experience for me. When I got to high school, I was honest enough with myself to realize that some people just flat out had more God-gifted talent than me‒blistering speed, imposing strength, or a rocket of an arm‒and no matter how hard I worked, nothing would ever change that.

So I decided to reinvent myself.

Those were the words of a defeated select baseball coach who had watched five of his batters strike out in one inning (I didn’t know that was possible, either). But I can’t really blame him for saying that. I’m not really the biggest fan of watching myself either. Teammates, coaches, and parents criticized and made fun of my unorthodox mechanics for as long as I played.

When I finally learned to block all of that out‒and even embrace it by making fun of myself‒I loved the game like never before.

Nearly two months removed from my final game, I don’t have any regrets about anything in my career. I flirted with the idea of playing in college, but I was honest enough with myself to realize that was not in my best interest, and I am at peace with that decision.

I love the game. It taught me so much. But it is only a small fraction of who I am. For me, it is time to move on.

The truth is, I barely remember any of my actual games, statistics, or trivial metrics that are worshipped in the sport today. I remember (and miss) the bonds I forged with my teammates, the bus rides, the midnight Whataburger outings after district games, the life lessons I learned from the game, and dare I say it, the time Garrett Larson drove his truck through the parking lot gate.

High school sports, in general, are far from perfect. There will always be drama, you won’t always agree with your playing time, and the inevitable politics of it can be infuriating.

But in the end, your career belongs to you‒not the coach, the private instructor, or even your own parents‒and it is up to you to make the most of it.

Remember that after all, it is just a game. Play with an edge, stand up for yourself when you need to, and don’t take yourself too seriously. I promise there will be peace after you hang up the spikes.