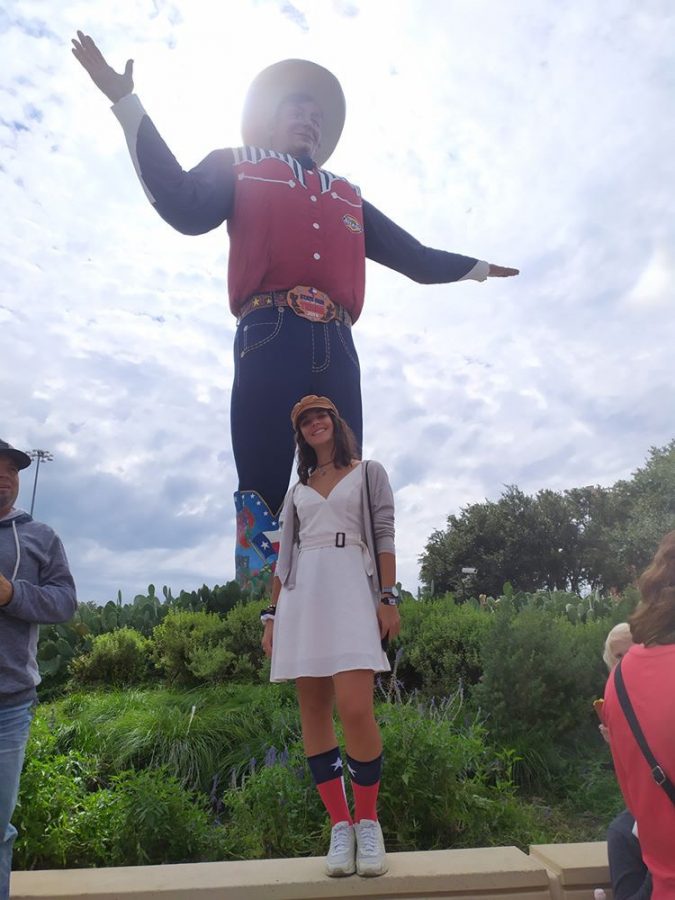 Anna Cormio stands in front of of Big Tex at the Texas State Fair during her time as an exchange student.

“The worst thing, for sure, was that I didn’t even have the chance to say goodbye, decently, to any of my teachers or classmates because the school was closed,” Cormio said.

Although Cormio and the two other foreign exchange students have gone home for now, the school hopes to give them an overall positive experience in Lovejoy.

“We feel the foreign exchange program is important and we want those students to take away from the program, a long lasting, embedded, positive experience about the educational process in LISD and our country,” high school assistant principal Bruce Coachman said.

Since Cormio returned to Milan, the amount of people in italy who are infected has increased drastically. The Italian government has responded by expanding quarantine measures.

“Once in Italy, I could tell that it was not the same Italy I left,” Cormio said. “They measured our temperature once we got there. They made us sign documents saying we will stay in quarantine and where [we will stay].”

Another foreign exchange student with AFS, sophomore Bela Bauer, returned to Fischlaken, Germany and is in similar isolation precautions.

“I was really enjoying the time in Texas, and seeing the next three months with many trips and exciting stuff being canceled was a big shock,” Bauer said. “I had three days to pack my belongings and to say goodbye to all the nice people I met over those fantastic seven months.”

When the pandemic settles down Cormio and her friends will be able to catch up in-person or virtually.

“I hope that Anna and other exchange students might be able to come back after this is over,” senior and friend of Cormio Naomi Thadikonda said. “Mainly I just hope that they’re safe now and away from the virus.”