Recycle drop off to be held March 7 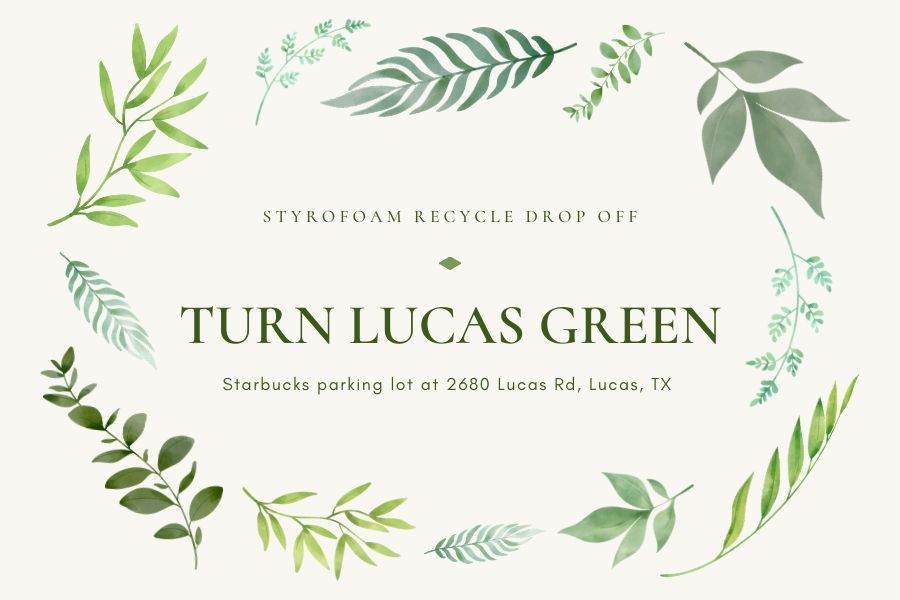 “I think recycling is good because it's our future,” freshman Bryce Bobo said. “We only have limited time on this earth and if we are too busy to not stop and recycle future generations will have to solve the problem we created by not recycling."

On the first Saturday of each month, Turn Lucas Green hosts a styrofoam recycle drop off. Number six styrofoams can be turned in at the Starbucks parking lot at 2680 Lucas Road, Lucas, TX. Anyone can participate regardless of what city they live in.

“We are a local recycling advocacy group created in response to the 2017 decision by The Lucas City Council to discontinue curbside recycling,” Turn Lucas Green creator Victoria Howard said. “In May of 2018, we decided enough was enough and we began our first Saturday Styrofoam Recycling Program.”

The next styrofoam drop will be held on March 7 from 1-3 p.m. Some district families, such as the Bobos, have participated in the styrofoam drop off during previous months.

“I think recycling is good because it’s our future,” freshman Bryce Bobo said. “We only have limited time on this earth and if we are too busy to not stop and recycle future generations will have to solve the problem we created by not recycling. Landfills are temporary solutions, but recycling is a sustainable one that we can continue to use in the future.”

After co-director of the styrofoam recycling program, Dick Hildenbrand, noticed the excess amount of styrofoam being thrown away, the Saturday Recycling Program started. Over the course of two years, the program has steadily grown.

“Almost two years later, we now have to rent UHaul trailers and trucks to transport the huge amounts of styrofoam we receive each month,” Howard said. “We have people from Dallas, Allen, Richardson, and various other areas that drive in specifically to recycle with us.”

Turn Lucas Green is run solely by volunteers. The organization is able to organize events like the styrofoam drop off because of the donations and grants it receives from individuals and programs such as the Dallas Sierra Club.

“All of our donations go towards the funding of the work that we do,” Howard said.

Several students, including those in the Earth Guardians club, a club dedicated to educating people about the environment, are grateful that the community has stepped up to create this program.

“Their recycling program is very important because most recycling centers around us don’t accept styrofoam,” Earth Guardian club member Camryn Sperling said. “It is very hard for our community to recycle styrofoam, but Turn Lucas Green makes it easier.”