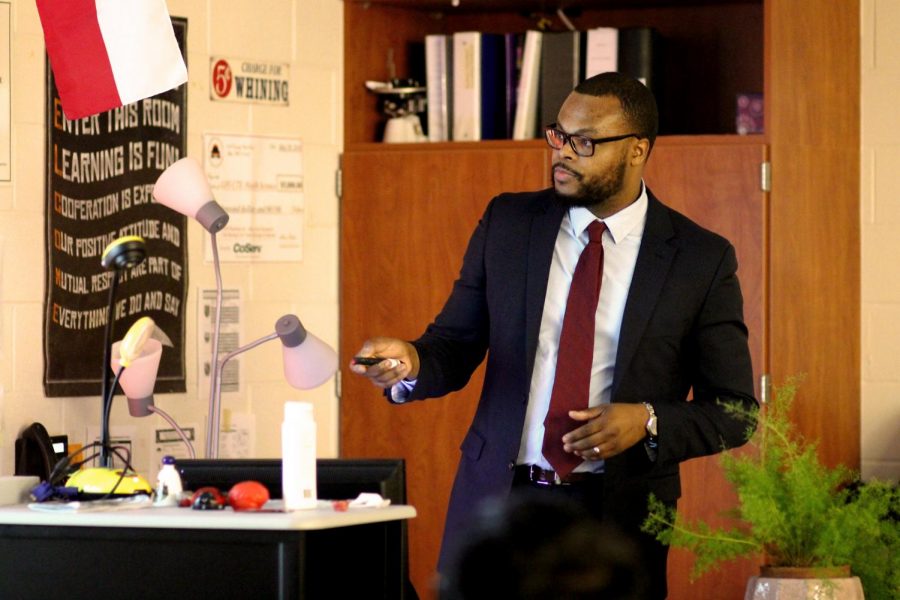 Lovejoy's biotech and HOSA clubs hosted Doctor Antonio Webb on Feb. 19. Doctor Webb tells the students his life story and what it takes to become a medical professional.

Doctor Antonio Webb grew up on the streets of Shreveport. After his younger brother was arrested for armed robbery, he decided to follow in his father’s footsteps and join the military, becoming a combat medic in the Air Force. He then began night school to pursue his degree, changing colleges multiple times, before ultimately graduating from The University of Texas. He then began medical school and is currently in a fellowship.

“One day I was taking care of a wounded soldier, I think he had been shot, all of a sudden I hear a loud shoooo go over and hit the ground,” Webb said.” It was actually a rocket that had hit the ground but didn’t go off.”

Webb was invited to speak by the head of the Biotech club, Kai Campbell, after he found Webb from his Youtube Channel.

“It seemed like a cool idea for me,” Campbell said. “I know I’m interested in the science of biology…I just wanted to give other kids the chance to pursue biology.”

Webb has a large online presence through his blog and Youtube channel, demonstrating many aspects of the medical field including resources for studying and details about the field.

“You have to find people that look like you and be like ‘wow, that person is a neurosurgeon, I could do that too’,” Webb said.