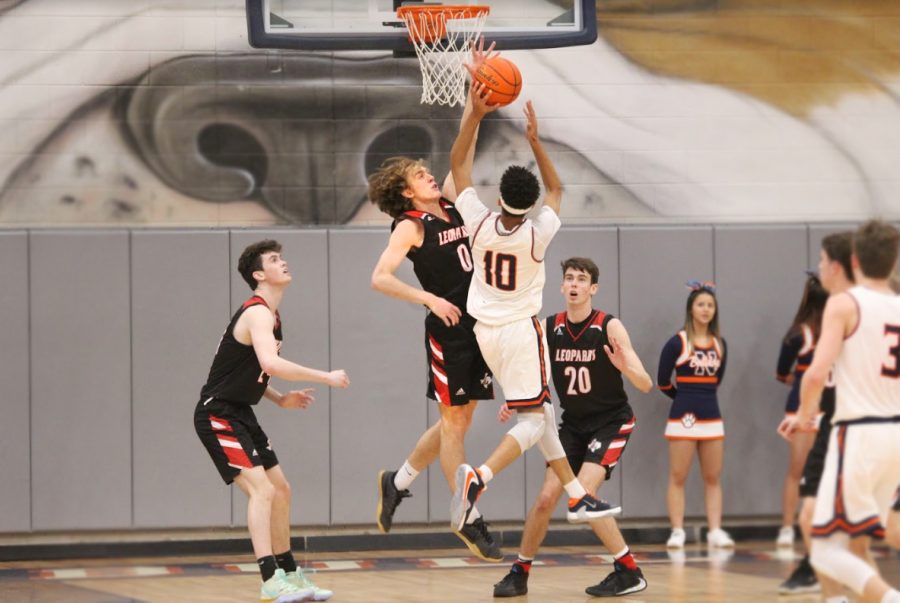 “It just was a killer,” head coach Kyle Herrema said. “We controlled the game throughout. We just had a couple of breakdowns in terms of defensive execution late.  I give them credit too, they had some shots. We dared a couple guys to shoot the basketball, that we didn’t think were great shooters. You have to adjust to the time, and knowing the situation and we didn’t adjust to that. We had a couple execution errors at the end the regulation that would have put it away for us and we just didn’t put it away. I feel like when they come to our house, it’s gonna have a different outcome.”

The Leopards regrouped on Tuesday with a 73-44 comeback win over Wylie East (13-14, 1-3). The team led the whole game, and was able to hold a player who generally averages 18 points a game to just 3. The team shot over 40 percent from the three point line.

“The defensive mentality was incredible,” Herrema said. “I love the confidence of how we shot the basketball. We shot the heck out of it.”

According to Herrema, the key to a win against Denison will be containing Denison’s number 22, Tarrence Gaines and number 20, Nate Uber.

“We have to play with our composure,” junior Carson Holden said. “[we have to] play how we play, not playing scrappy. We would have thought it’d be an easy blow off win but since they did be North, which we lost to, we have to take it more seriously and act like it’s a game against North.