Debate team improves with experience, to compete in Berkner Dec. 13, 14 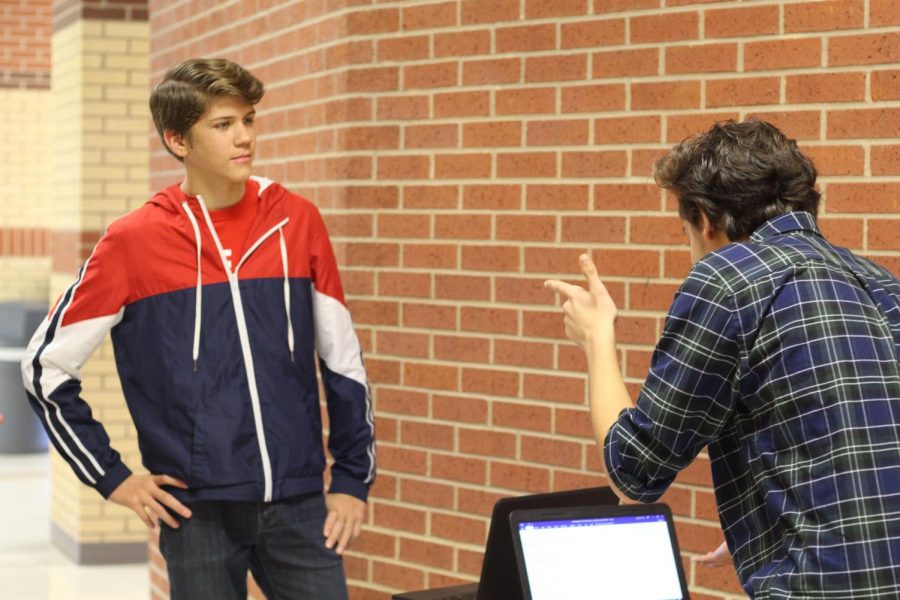 The debate team will compete in around 30 tournaments this year. Since the season’s start in late August the team has attended about 10 competitions, with the next one on Dec. 13 and 14 in Berkner.

“We are coming off a state championship which is a pretty big deal,” senior Luke Wheatley said. “This year, we have our feet in the ground. This is our second year with our head coach, and we are pretty set in our ways. Grapevine was kind of rough for us, but aside from that we’ve taken multiple sweepstakes trophies and we’re finishing pretty high at pretty much every tournament that we’ve gone to thus far.”

Even though the team lost “good people” according to junior Tajvir Singh, they returned this year having done “very well” recently receiving 1st place sweepstakes in the Athens tournament, as well as getting 2nd place sweepstakes at the Hebron and Wylie tournaments earlier this year.

“We already have 12 state qualified members, which ties our school record, and we are set to exceed that this year,” Wheatley said. “We are a top-15 ranked program in the state and are currently leading our NSDA District.”

Last year was Jake Cosio’s first official year as head coach of the debate team. Since leading the team, there has been a new emphasis in preparation, overall leadership and personal events.

“To brag on Cosio, the class that I’m in, the junior class specifically, got a lot of really good mentors last year and over the summer,” junior Kaya Czyz said. “We’ve been pushed to go to these camps that really benefited us in terms of how to teach and lead the program. I think the dynamic between Cosio and the kids who have been here a while is just very positive and supportive.”

Along with Cosio’s help, the students stepped up in teaching their peers. Students have been pushed to go to camps and have focused on helping each other.

“For me, I have always felt that there is a lack of support from upperclassmen,” Czyz said. “When I was a freshman, they were meant to help and make sure that you got stuff done and understand what you’re doing. So I feel like my role this year is to help kids understand and make sure they feel okay.”

Members of the debate team must have a “unique amount of devotion” to compete in the “rigorous” tournaments, according to Wheatley.

“There are some kids that stay after school four or five days a week for an hour or two just to get ready for the competition,” Wheatley said. “Preparation is a mix between practice to get it polished and research to make sure you can support the things you’re doing.”

The team competed in a tournament in Grapevine earlier this year. Although they didn’t “do too hot,” according to Singh, they have used it as a learning experience to help change the team.

“We’ve started to understand our weaknesses, during the round and in preparation, and how we can overcome them,” Singh said. “Other debaters had tough spots at certain tournaments, and they’ve really learned from those. When you go to a tournament like that and get beaten all over the place, you’re like ‘maybe there’s something I need to change, a big change.’ That kind of forces you to re-look what you’ve been doing and change that.”