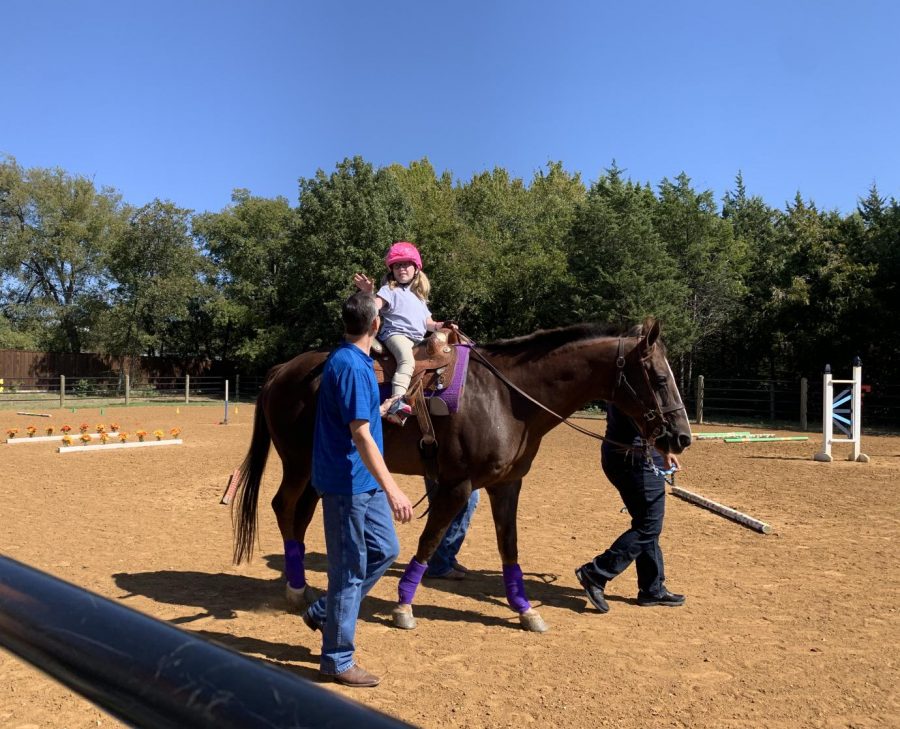 Grall is unable to walk due to spina bifida, however her hippotherapy sessions aim to help her walk one day.

Fourth-grader Zoe Grall doesn’t walk, but glides up a ramp in front of a captive audience of family, friends and well-wishers. As red ‘record’ buttons are pressed on phones, Zoe mounts a quarter horse she works with named Dock.

She can’t feel Dock underneath her, a fact that everyone around her acknowledges, and causes them to cheer and clap and whoop all the more.

Zoe has never had feeling beneath her waist. She’s never walked because of her spina bifida. But that hasn’t stopped her from riding. 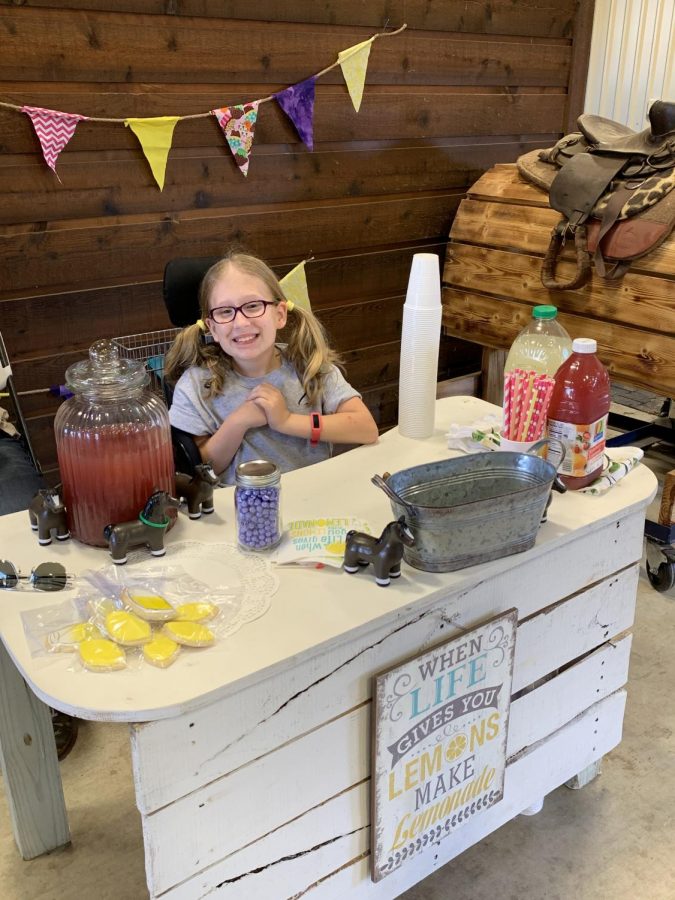 Suvwe KokorichaGrall hosted a bake sale at the riding center for her “When Life Gives You Lemons” campaign.

Zoe participates in hippotherapy at Pinnacle Therapeutic Riding Center in the hopes that the movement of the horse below her might help her walk one day. In order to fund her hippotherapy, Zoe and her parents hosted a bake sale on Oct. 19 at the riding center featuring four different stations: a lemonade stand, a bake sale, a face painting station, and a grill station.

“The benefits that Zoe gets from this are immeasurable to me,” Zoe’s father Jay Grall  said. “As someone who never walked, she never got left, right, left, right. But she gets it on the back of a horse.”

Since Zoe is unable to walk on her own, feeling the horse gives her hips the same feeling others would while walking. This process fires up neurons that do not fire otherwise, according to Jay.

“Zoe’s life is very much two hands going forward at the same time, and when she was learning to write, whatever this hand was doing, this hand was doing,” Jay said, gesturing first with one hand and then the other. “You and I don’t have that issue.”

At $175 per hour of hippotherapy, the cost adds up for 10 to 12 weeks of sessions, especially with the hope of funding someone else’s session. This lemonade stand put the Gralls well on the way to meet their goal. And with the help of her parents, Zoe was able to plan it all.

“I’ve learned limiting this child is a mistake, so we fully expect that she’ll be in the paralympics swimming in a few years, because her other love is getting in the water.”

Online donations to Zoe’s “When Life Gives You Lemons” campaign can be given through a GoFundMe account.