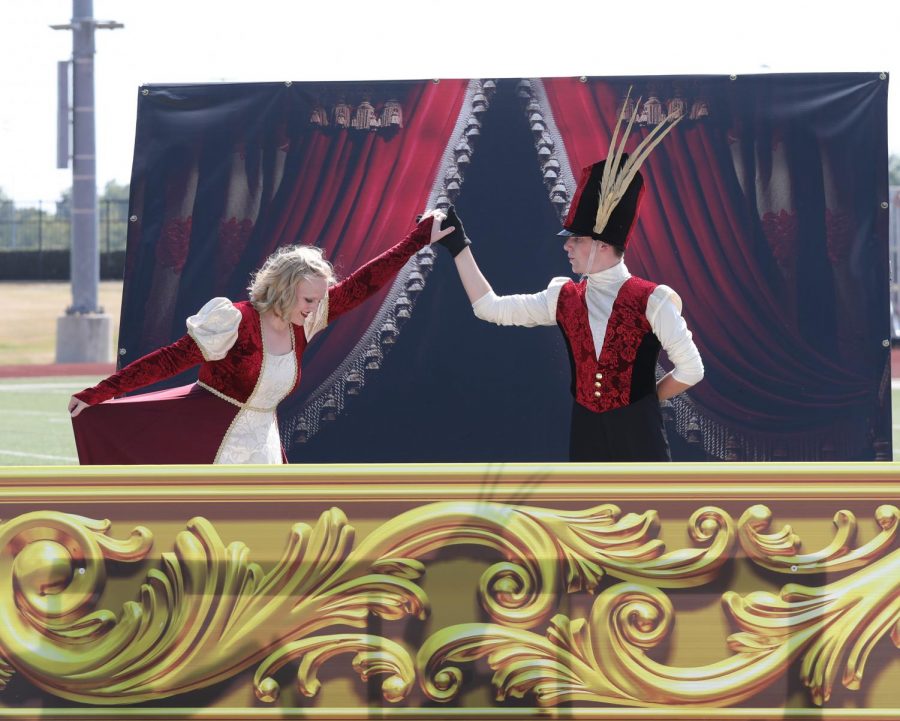 Sophomore Landry Diercks and senior Collin Thomson dance during part two of the band's show entitled “Juliet” at the Wylie Invitational. The band will compete at the area competition on Saturday.

The band will compete in the UIL Area Marching Band Contest this Saturday, Oct. 26 at Collin Stadium in Denton. The band will perform for prelims at 1:15 p.m, and community members may come to support.

“We play for five judges in both prelims and finals,” band director Paul Heuer said. “It is broken up with two judges critiquing only music and two judges only critiquing marching. They rank us based on their score against all other groups from the Area that qualified to move to this round.”

The band’s performance will be scored against other groups in the area. The top four bands will advance to compete at the state level on Nov. 4-5 at San Antonio in the Alamodome. The results from the area and state competitions will conclude the season which started in August.

“We started planning this show last fall and started preparations for the production in the summer,” Heuer said. “We progressed with local contests and then received a superior rating at the region level marching contest which passed us on to the Area level contest happening this weekend.”

The band experienced recent success, winning first place in the Golden Triangle Marching contest in Denton and the Wylie Invitational. Band member senior Trisha Pavelock attributes this success to the dedication of the band members and directors.