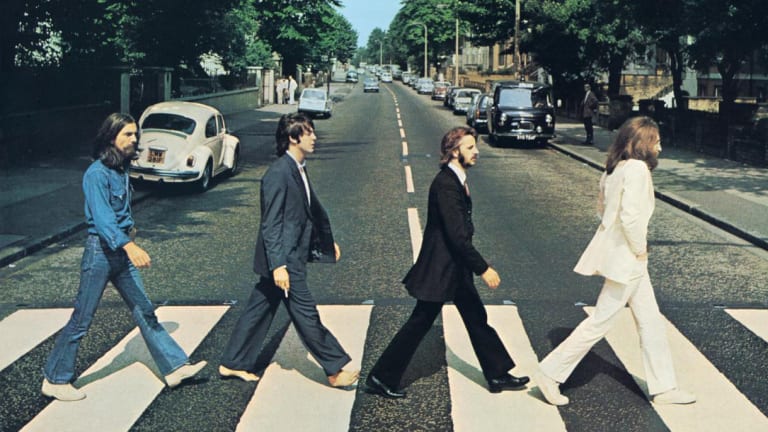 "This album can be a beautiful experience, and this writer strongly encourages the listening of it as a special occasion. With such a background, the hope is to attain the level of appreciation I have for this piece of music."

The final Beatles album to be recorded, went to store shelves 50 years ago, on Sept. 26, 1969. The record, known simply as Abbey Road (coined after the studio in which it was recorded), marked the end of an era for rock music, and the final entry for the music of a generation.

Despite a tense and toxic studio atmosphere, the still group managed to innovate. Like each Beatles album, it built on the last. Elements such as the fuzz bass from Rubber Soul, psychedelic elements from Revolver, orchestral and medley styles from Sgt. Pepper’s, and the preponderance of songwriting from Harrison that began on The White Album. Abbey Road, therefore, while derivative, still had unique elements, such as some truly revolutionary use of synthesizer on track like Maxwell’s Silver Hammer and I Want You (She’s so Heavy) that would give rise to the moog synth as a mainstay on rock and eventually new wave movement music.

George Harrison grew massively as a songwriter, penning Something, which Frank Sinatra dubbed “the greatest love song ever written,” and the well known Here Comes the Sun. Both songs show an incredibly mature and complex songwriting disposition emerging in Harrison, who wrote so much material in this time period that his first solo album All Things Must Pass grew to a triple album, something extremely rare in the rock industry.

Lennon, though increasingly disillusioned with the Beatles as a whole and increasingly involved with Yoko Ono, still managed some of the more noteworthy entries in the Beatles catalogue. Come Together, an anthem meant to unite the band, shows vividly the group’s increasing tension, while I Want You, through length and the sheer hardness of its rock in terms of Beatles music, shows Lennon’s increasing devotion and perceived meaning with regards to the Ono relationship.

Paul, though inclined towards more of a “granny music” sound, managed to respond to the criticism of his music on The White Album. Maxwell’s Silver Hammer is a shining example of musical satire, taking the light, granny sound of a typical McCartney composition of the late 60’s and blending it with the very heavy topic of murder, legal trials, and their effect on familes. McCartney also brought forth the idea of the medley heard on the B-side of the album, and worked callbacks and coherence in to a series of unfinished pieces resulting in some of the greatest album engineering ever observed. Each song flows into the next, and uses elements from the last to build a crescendo until The End, which features seven guitar solos all done in a single take. It’s the perfect ending to the Beatles recording catalogue, encapsulating their musical growth and single conscious through their ability to improvise so flawlessly.

Ringo even underwent some growth during these sessions. His only songwriting contribution in his Beatles run, Octopus’s Garden, appears on this album, and while not a spectacular piece, it blends well with the McCartney sound found earlier in the album. In addition, The End features the only drum solo the Beatles ever produced, and proves that Ringo was more than just a face, he was a reliable drummer with the occasional great ability to create a unique sound.

All told, Abbey Road has aged very well. The album proved to be the final innovation for the renowned group, but by no means was it a bad note to leave off on. The Beatles may not seem to be the most revolutionary today, but the sole reason for that perception is the amount of imitators they spawned. Having laid the groundwork for popular music for at least two decades to follow, the Beatles left a massive footprint that remains visible today.

As for a rating – how do you rate Abbey Road? The bottom line: if you’re like me and have a whole two movie reviews under your belt, you don’t. It simply falls far above my jurisdiction to slap a letter on the greatest band in history.

So what is the purpose of this? Take it as persuasion. If you haven’t experienced Abbey Road, or even if you have, find some way to make it fresh. Pick up a copy on a physical medium (vinyl, eight-track, cassette, etc…) and listen to it the way the group intended. Experience the medley without buffering, the moog through an old pair of speakers and so forth. There is no better way (or album to choose) to immerse yourself in the period, in the feeling of the music. This album can be a beautiful experience, and this writer strongly encourages the listening of it as a special occasion. With such a background, the hope is to attain the level of appreciation I have for this piece of music.