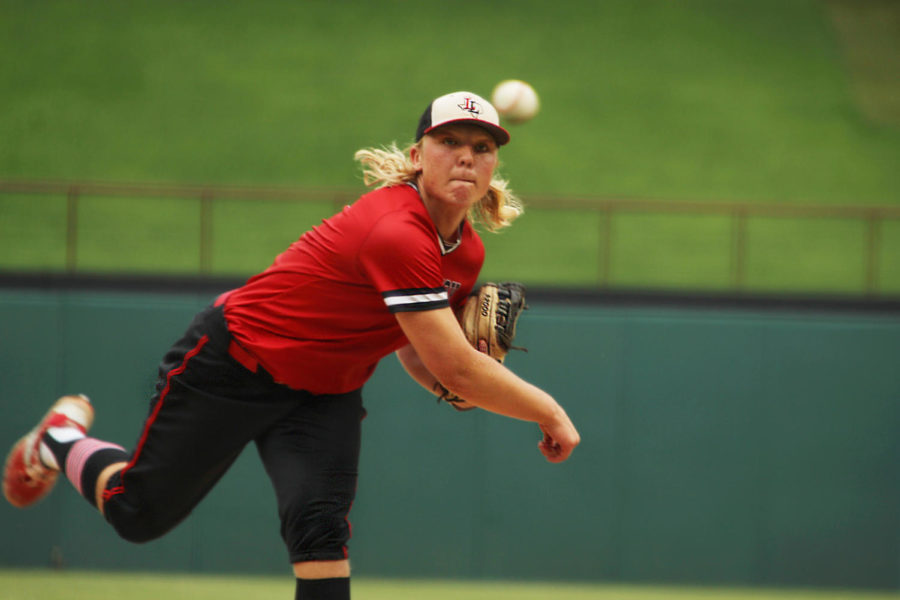 Senior pitcher Luke Stine throws a fastball to the Highland Park batter at the top of the fifth inning.

After a decisive sweep of Highland Park at Globe Life Park last weekend, the Leopards will now be headed to John Paul II High School in Plano for the regional quarterfinals against Lone Star.

“I feel like the competition’s really strong,” sophomore Josh Ringler said. “They do have a lot of guys on the mound that can throw hard, but I think we can handle them. Tonight’s gonna be our hardest matchup, because they have a guy throwing harder than usual, but tomorrow and the next game, I think we got them.”

Lone Star finished second in their district with a 13-5 record and swept Denison in the bi-district round and Wilson in area to advance to regionals.

“They’re pretty solid,” Smitherman said. “They’ve  got a pitcher coming on tonight that’s pitched pretty well, but we’ve hit really good pitching, so I think if we just get deep in counts, we’ll do really well.”

If the Leopards are  victorious, they will face the winner of the other quarterfinal, either Joshua or Corsicana, in the regional semifinal next week on May 25.