Lacrosse reflects on season of improvement 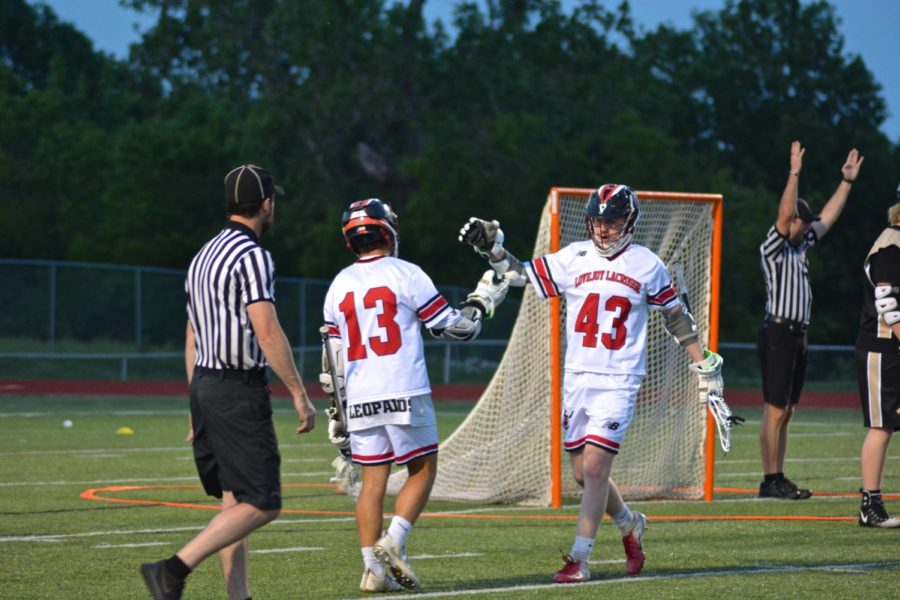 The Lovejoy club lacrosse team (13-5) got knocked out in the third round of the state playoffs last sunday. They played Klein Oak High School. The Leopards did however, have a much better season than last year.

“We played pretty good this season,” senior Cody Tabor said. “We made a lot of improvements since last year.”

The Leopards defeated Plano East and St. Michaels prior to the Klein game. They had to travel all the way down to Houston to play that game.

“I thought we should have won the game, but sometimes it doesn’t play out that way,” senior Lucas Tabor said. “Overall though we had a good season.

The Leopards fell to Klein Oak by one point, losing the match 11-10. Compared to last season, the Leopards went further in playoffs and had a better record this season. The Leopards also defeated 6A schools including Plano East and Plano High School over the course of their season.