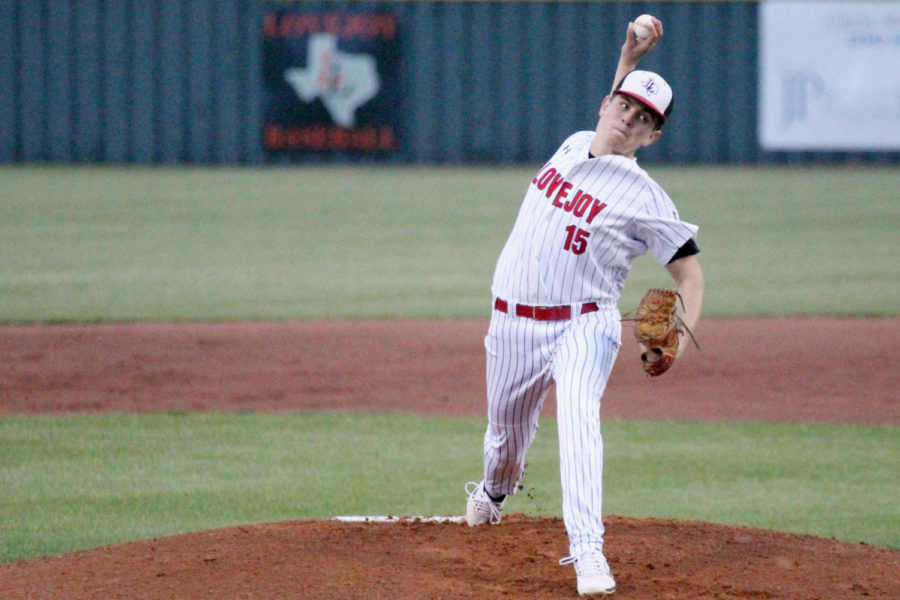 “This game is a very important one, because we have something to prove,” junior Sam Coit said. “We lost the last game against them, and we really want to beat these guys.”

Lovejoy got off to a good start on Tuesday night. Senior Jacob Terwilliger walked with the bases loaded in the first inning, and two RBI singles by seniors Luke Finn and Michael DiFiore in the third gave the Leopards a 3-0 lead.

Princeton, however, was able to battle back, and scored five runs in the fifth off three different pitchers.

After the explosive fifth, Princeton was able to hold on for the win, despite getting only two hits to Lovejoy’s eight.

Coit said the Leopards are hopeful that they can come through with a victory tonight, as a means of providing momentum going into next week against McKinney North.

“We want to go into next week facing McKinney North, who are probably our biggest challenge in the district, with some momentum instead of being down about a loss,” Coit said. “A win would carry us into next week with some fire under our bellies.”