Baseball aims to bounce back against Denison 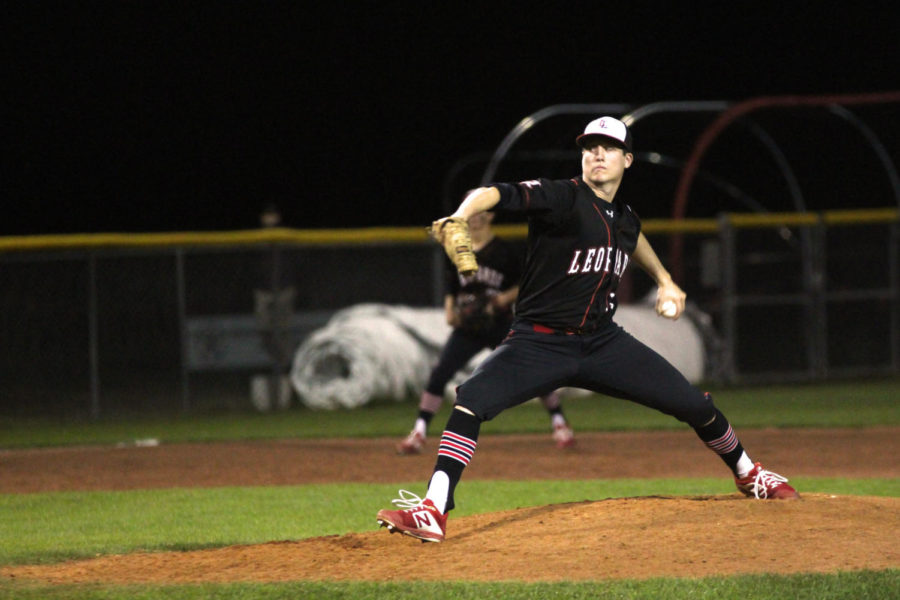 Senior Cameron Pool throws a pitch during a Tuesday game.

“We played hard, we played well, their pitcher on the mound was just better than what we had at the plate,” head coach Jason Wilson said.

The Leopard offense was silenced by Denison’s starter, senior Christian Ruebeck, who allowed just one run on two hits over six innings, while also striking out 13 batters. On the Lovejoy side, senior Jacob Terwilliger pitched five innings, allowing three runs and six hits, and striking out four.

Following the rough loss, Wilson is hopeful the work the team has done since can help them bounce back and get the win.

“I’m waiting to see how we respond,” he said. “We’ve had a good week of practice since Tuesday. The boys got some confidence back by swinging the bats the last two days, and I always feel confident in my pitching.”

That pitching will come in the form of senior Jordan Yoder, in his first start since last Friday’s 3-1 victory over Wylie East, where he pitched a 7-inning, one-run no-decision.

“With some good pitching, good defense, and some timely hits, I think we’ll be OK,” Wilson said.