Review: ‘Us’ succeeds in thrilling audiences during the dry season 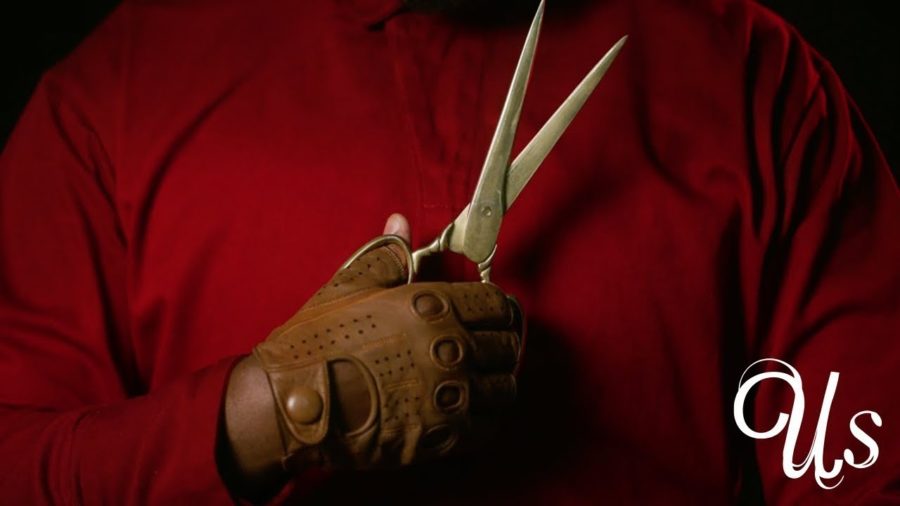 After the tremendous success of his first directorial film “Get Out,” Jordan Peele has returned with “Us,” another mystery thriller featuring two of the stars from “Black Panther.” “Us” succeeds in ushering in the transition from the miserable winter movie season into the exciting spring blockbuster phase of the year.

The first three months of a year are generally recognized as the dry season for movies. For some reason, movie studios decide to release eye-rolling comedies or bland horror films that have little to no public appeal, during a time in which people actually want to go to the theatres while the weather is dreary and miserable. “Replicas” starring Keanu Reeves, is the quintessential example of a film released during a “dump month.” A film very forgettable and unappealing that made only $8 million at the box office with an initial budget of $30 million. But about once a month, there is a film that begins to gain attention and for good reason. “Us” is the perfect example of a film released in the winter-to-spring transition period that deserves a lot of recognition. Not only is it well-written and features some thrilling sequences, but it is also the best shot horror film of the past three months, and the most exciting film of the season so far (until “Avengers: Endgame” comes out).

The plot essentially revolves around a mother (Lupita Nyong’o) who returns to the Santa Cruz beachfront with her husband, daughter and son, 30 years after a traumatic occurrence that happened to her in that area. But after returning to their vacation home, the family is confronted by another family in their driveway. The father (Winston Duke) attempts to intimate them with a baseball bat so they will leave. But the intruders scatter and systematically break their way into the house. The intruders corner the family in the living room and reveal they all share the exact same appearances as each member of the household. From there, the family goes through some petrifying events with their doppelgängers as they attempt to escape Santa Cruz with each member of the family intact.

Although it sounds a little gimmicky, the story is very inventive and is powered by the performances. Lupita Nyong’o is definitely the main character of the film and has the best acting out of the entire cast. Her performance as the mother’s doppelgänger is cut from the same vein as Milly Shapiro in “Hereditary.” She manages to transform her voice in such a way that she begins to arouse uneasiness and terror. Not only is the audience horrified by Nyong’o’s disturbing doppelgänger, but they’re also terrified of what she might do to the main characters.

Every member of the family is cast perfectly. Winston Duke as the father manages to enlighten peaceful scenes with his comedic timing. He has some laugh-out-loud moments in the first act and is very physically imposing as the evil father. Shahadi Wright Joseph and Alex Evan also do a remarkable job as the younger brother and older sister respectively. Throughout the film they seem to retain the same petrified expression on their faces, which is fair because of the events unfolding in front of them. At certain times, even the cinematography manages to transform a scene from tranquil to absolutely terrifying. Some scenes, specifically the initial beach house break-in, are shot uncomfortably long just to build some tension and apprehension.

Although possessing the same charm and distinctive tone as “Get Out,” “Us” focuses more on thrills rather than the social commentary and suspenseful build-up. That being said, social commentary is still prevalent in the film, but it isn’t as blatant as “Get Out.” In that film, the references to suburban racism and eugenics are pretty obvious but are cleverly satirized. However, that element of satire in “Us” is seemingly absent. It is harder to find a subject that this film is a metaphor for. The story and set pieces mainly drive the film instead of having a pervasive societal critique from the beginning to the end of the movie. It won’t be as universally worshipped by the media for being so socially conscious, but should intrigue most horror fans and people who like smartly-written films in general.

But the less said about this film the better. It is such an experience in the theatre that no one would want the ending or certain set pieces spoiled. Everyone who isn’t bothered by a few jump scares and some gory deaths should go see this film. It will entertain fans of great stories and thrilling sequences, but also those who appreciate quality filmmaking.