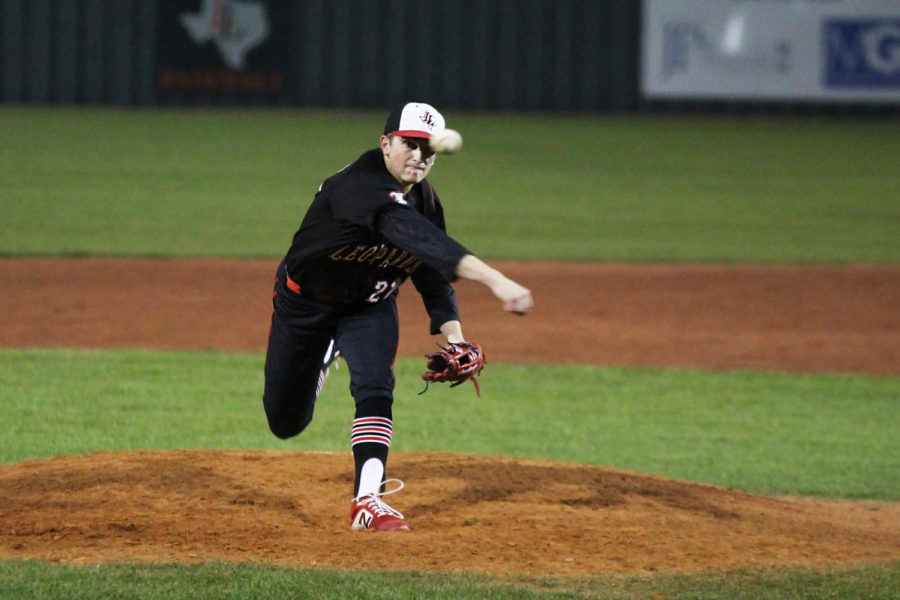 Head Coach Jason Wilson was said he was impressed by the team’s explosive offense on Tuesday.

“We swung the bats real well. We had 12 hits,” Wilson said. “I was really impressed, because I think nine of our hits were with two strikes, so we did a good job putting the bat on the ball when we were deep in the count.”

Senior Zach Smith led the charge with four hits, with senior Cameron Pool adding a home run in the second inning. Smith, Pool,  and seniors Jacob Terwilliger and Michael DiFiore all had multi-hit performances. The Leopard pitching was also solid, with Terwilliger hurling a five-inning win and senior Luke Stine recording a two-inning save.

“Terwilliger threw well on the mound, Stine came in and did well closing it up, we played good defense, so it was really a solid, all-around team win.” Wilson said.

The team hopes to ride Tuesday’s success into Friday’s rematch at home. Terwilliger, who had a quality game both on the mound and at the plate, is confident in the team’s chances.

“We have Wylie East coming up, who is a solid baseball team, but as always we expect to win,” He said. “We’re looking to get the sweep.”

In terms of pitching, Wilson has his line-up of throwers all planned out.

“Jordan Yoder’s going to start, and we’ll go with the same plan behind him with Cameron Pool, Stine, DiFiore and possibly [junior Harrison] Durow if we need to finish it up, so we’re in good shape with our arms ready to roll tonight.” Wilson said.