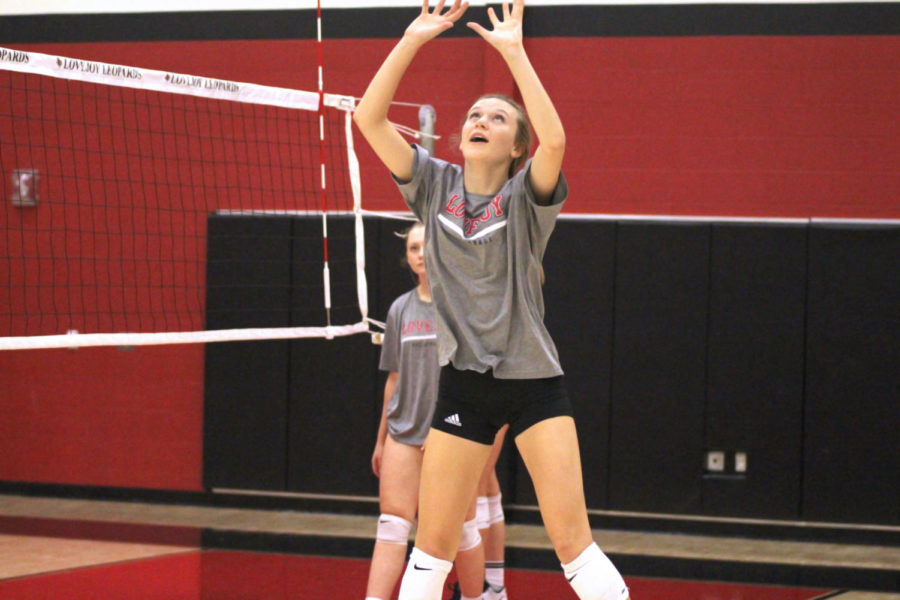 Freshman Averi Carlson finished the 2018 volleyball season in the state finals against Kingwood. In December, she was named the 2018 player of the year by MaxPreps.
At a Glance
Favorite Fruit: Blueberries

Least favorite genre of music: Rap
Looking Deeper
The Red Ledger: How did you feel when you got named MaxPreps National Freshman Player of the Year?

Averi Carlson: I was so excited about it. I’m like considered the top freshman in the nation. I was super happy about it.

TRL: If you could play another position besides setter what would you play?

AC:  I would probably like to hit, like right side. I used to set in the back row and then hit in the front row and I really enjoyed it.

TRL: How often do you practice?

TRL: What club are you playing for right now?

AC: I am playing for Skyline Juniors.

TRL: When did you start playing volleyball?

AC:  In first grade I played rec-ball. I played for Fusion.

TRL: How did your first season with Lovejoy go?

AC: It went really good. We got second in playoffs. It was kind of crazy just being there because I used to watch [the highschool team] in middle school and now I was actually on the court.

TRL: What is your favorite part of the game?

AC: I like the whole game. There’s not really my favorite part.

TRL: What makes a good coach?

AC: Someone that would definitely push me to be my best. And someone who is positive to a certain extent where it is not “Good job” all the time but like “You need to step it up” as well.

TRL: Do you plan on playing volleyball after high school? What are your future plans?

TRL: Do you have any pre game rituals that help you play better?

AC: I don’t really have like a certain thing, I just do warm-ups like I have my own setters warm up.