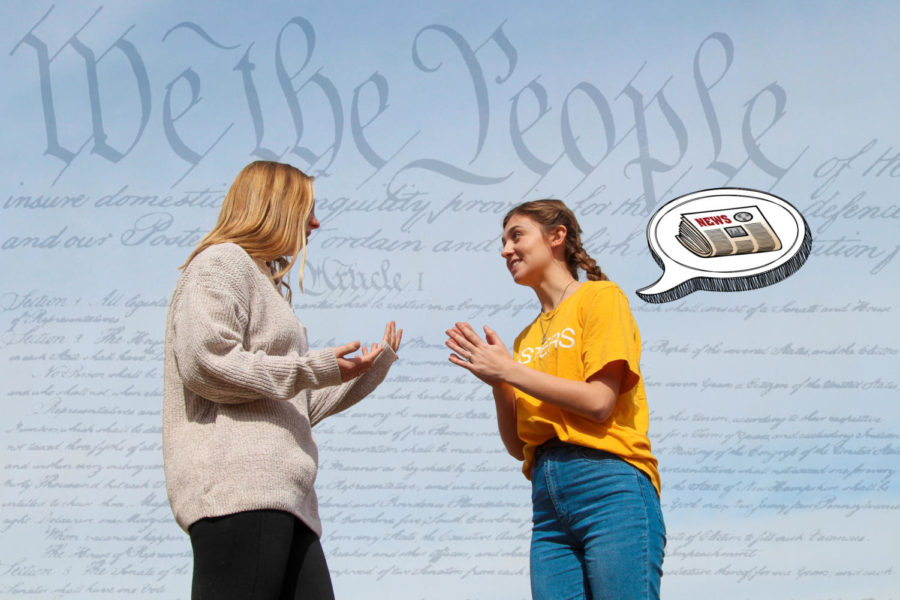 Jan. 30th is the National Student Press Freedom Day which signifies students' right to serve the public through the press.

It should be common sense–everyone has the right to exercise their freedom of speech, the First Amendment. Yet in reality, many students fight daily to make their voice heard. On Jan. 30, National Student Press Freedom Day, The Red Ledger would like to recognize the privilege that Lovejoy has–that the principal has habitually set aside time to prioritize journalism by meeting with editors and encouraging appropriate coverage on controversial topics.

In 1988’s Hazelwood School District v. Kuhlmeier decision, the Supreme Court allowed administration to censor student newspapers in response to controversy over teen-pregnancy articles, claiming that the student-run newspaper, The Spectrum, was not an example of public expression but instead a publication created to meet academic needs, meaning the court’s decision would not violate the First Amendment. While the court teetered back and forth debating whether this was true, they ultimately settled on censorship. However, many student-run newspapers begin for academic purposes but quickly develop into something more critical and personal–the most direct news source for students.

Not all school publications are as fortunate as The Red Ledger. The student-led New Voices movement combats the restrictions enacted by the Hazelwood case, but they still need supporters to raise awareness.  There is an active campaign in Texas, but there is no additional protection against censorship for high school or college journalists and their advisors, leaving young Texans vulnerable to censorship for reporting the truth.

New Voices’ mission is vital to raising the next generation of journalists since young writers must develop their skills in order to address serious matters appropriately. Just because some journalists will abuse their position through irresponsible or biased practices does not diminish the value of honest reporting. Not only do trained student journalists have the unique opportunity to reach high schoolers and inspire positive change, but they have the ability to provide their school with honest news. Without training, these journalistic opportunities can backfire to be poor, dishonest representations of newspapers.

Some say the controversy is an overreaction–that kids have nothing of importance to say. It’s a naive assumption. If it were true, students would have no responses to changes in school security, no reason to combat stereotypes and no political stances. Students have used The Red Ledger to express their opinions on each of the topics above. With more than 48,000 views in 2019 so far, The Red Ledger clearly serves some level of importance to the community.

Students’ efforts have won them some victories against censorship. In July 2016, Illinois’s Speech Rights of Student Journalists Act went into effect to defend students from censorship. Effective as of Oct. 2016, Maryland’s Senate Bill 764 defended high school and college journalists’ rights to report. Nevada’s 2017 Senate Bill 420 increased protection for student editorial judgment. The New Voices movement has influenced improvements across the country for students who must challenge their leaders for rights to write freely in the newspaper.

Young journalists should be learning how to handle these powerful tools responsibly instead of being blocked from covering controversial topics. Through experience, students create publications which become a direct representation of teen experiences and a service to the community by providing honest local news. New Voices still needs supporters in order to raise awareness of the threat students face to their freedom. Twenty-one of the fifty states still lack an active campaign.  Follow the Texas New Voices Facebook Page for updates and involvement opportunities. The New Voices website also offers a submission page for students and teachers who want to share their experiences with censorship.