Ten apps for the new year 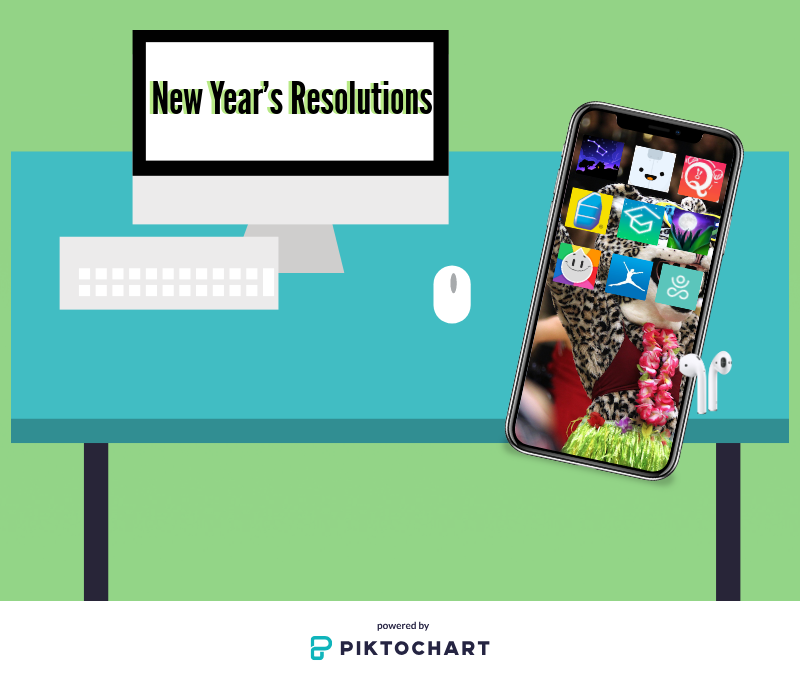 TRL's Austin Keefer assembled a list of 10 apps to help you achieve your New Year's goals.

Every January we kick off the new calendar by attempting to better ourselves in some way. But, much like “I’ll call you later,” “Just one more” and “You’ve got my vote,” it’s usually a short-lived promise–which is no one’s fault. Resolutions are hard to keep up with, and old habits die hard. However, if you’re determined to make 2019 the year to achieve your New Year’s resolutions, perhaps this list of applications available on both iOS and Android will help.

Arguably the most brutally simple of the apps, MyFitnessPal functions as a calorie counter. After filling in your current weight and your goal weight, the app will set a goal date and then budget your calories for you. Entering what you’ve eaten that day will trigger notifications later about whether or not you should eat more.

This app is relatively well-known, but its effectiveness can’t be denied. It can challenge you on topics you’re vague on and put your brain to work during your free time, rather than play some mindless game. And, if you lose a round or two, don’t worry about it. Just rage quit.

This musical, melodious app will rock you to slumber with relaxing sounds. Drift off to anything from wind to rain to the ocean to film-noir lounge music. There’s even a music box audio option. Now frankly, I’ve seen WAY too many horror movies to be playing a music box in the nighttime, if at all. But, if that’s what’ll make you go lights out, more power to you.

If you are one of those people who have five or six extracurriculars to deal with while juggling school and a part-time job, here’s some hope in the form of an app. It’s like a planner, but on your phone. Easy and effective.

Whether you’re aiming to do business in China in the near future or you just want to get your correct order when you eat out on your vacation to Mexico, language skills are crucial. Most people like Duolingo, but Rosetta Stone is shorter, simpler, and gets you there faster. Soon you’ll be sitting on a beach, munching tacos. And they’ll taste all the better because you ordered them right.

Waking up before 11 a.m. is difficult. Everyone knows this. But how about some famous utterance to inspire you to leap from your bed and yell “Carpe Diem!” This app allows you to wake up every morning to an inspirational quote on your phone. Unless Starbucks is having a sale, there’s not a better motivator to squirm out from under the sheets.

Have you noticed that you often find the smaller, less memorable good times you’ve had slipping from your mind? Well, nothing rectifies that problem like going the Greg Heffley route. Just go briefly to Reflectly and jot down the best part of your day. And maybe not mention the, uh, less satisfactory parts.

Nothing cleanses the mind and body like enjoying the brisk nighttime air. If you’re sitting under the stars and feeling a little bored, Skyview might make things more interesting by showing you the names of the stars, constellations and planets that you’re looking at. Gives you a chance to reflect on how small we truly are in the world. Speaking of which, if your resolution is to be more reflective, consider this app killing two birds with one stone.

This app should make up for the counterproduction of spending all this time on your phone. Similar to the fitness app, Zenscreen will budget your phone usage, and set a goal date to your desired time.

This app is basically a combination of the nine. After entering your custom resolution, it will help you track your progress through a calendar, and you can enter in as many resolutions as you want.

Well, there you have it. Good luck. Because if you require the help of an app to follow through on your resolution, you’re going to need it.