The struggles of a local sports fan 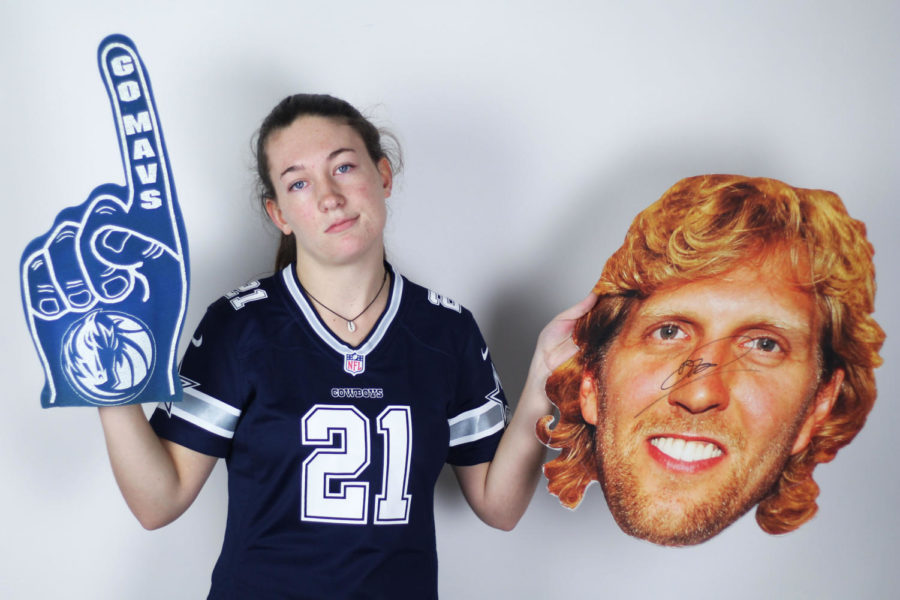 "So, while my mental health and emotional stability continue to crumble at the hands of the Mavericks and Cowboys, I am content to acknowledge that it could be a heck of a lot worse."

Disclaimer: I acknowledge the fact that Dallas’ professional sports teams haven’t always been as bad as they are now and that I am lucky that the teams I root for even have championship rings to begin with. However, at this point in time, I find it a little harder than normal to openly admit that I am a diehard Dallas sports fan. And here’s why.

It is a very common thing for a franchise to go through a “rebuilding phase” every now and then, which basically means the team is hot garbage for a couple of years while it tries to draft and/or sign next-level players that enable contention for a championship.

This process usually involves “tanking,” or losing on purpose in order to obtain a high draft pick. Every loyal sports fan understands what a gruelling process this rebuilding phase can be (unless you happen to be a Boston sports fan).

But to put this into perspective, the Dallas Mavericks have been rebuilding ever since the the front office decided that it would be a grand idea to completely disassemble the 2011 championship team in hopes of creating a new, young team full of highly sought-after free agents.

This scheme might have not been as detrimental to the franchise if the city of Dallas was actually alluring to NBA free agents, but it never has been and it probably never will be. It might have something to do with head coach Rick Carlisle’s coaching style or maybe it’s just bad luck. Unfortunately, it seems like professional athletes don’t care enough about the lack of state income tax to even remotely consider joining up with the Mavs.

In the past seven years since winning the championship, the Mavs have never made it past the first round of the playoffs and have failed to even qualify on three separate occasions.

Even though our case may not be as bad as the New York Knicks or Sacramento Kings, for example, having wasted away the rest of Dirk Nowitzki’s career has been a hard thing to sit back and watch as a Mavs fan. This season will be Dirk’s 21st season, making his tenure with Dallas the longest time spent with a single team in NBA history, surpassing Tim Duncan and Kobe Bryant. I’ll be honest and say that even though I’ve absolutely loved having Dirk on the Mavs (and I’ve probably only made it this long because of him) it still hurts my heart to think of what he could have accomplished had he parted ways with the Mavs years ago. But that’s a separate discussion.

The Dallas Mavericks are a bad team. The only thing that could improve my situation is if I had at least a slightly better local team to root for. The Texas Rangers? Pass. I’m not much of a baseball fan, but this past World Series between the Red Sox and the Dodgers has made me want to change that. However, it’s not even the fact that the Rangers have back-to-back World Series losses (2010 & 2011) that makes the thought of being a Rangers fan depressing. It’s the simple fact that the Toronto Blue Jays own the Rangers. A Canadian baseball team. You heard me. It’s embarrassing and un-American.

Now this is probably the point where all the hockey fans say “Well what about the Stars?” Nobody actually watches hockey, bro. In my opinion, Dallas isn’t a hockey town, and the Stars haven’t won a cup since ‘99.

This brings me to the Dallas Cowboys. Not only does everyone hate the Cowboys, but at this point, I feel like the franchise’s five rings actually subject it to more criticism than it would receive if they had no rings at all. Other NFL fans, especially those from Philly, love to remind us how we are no longer “America’s Team.” And as much as it pains me to say so, I cannot help but see their argument.

The last time the Cowboys won a divisional playoff game, Notorious B.I.G was still alive and Google wasn’t even a thing yet. It almost wouldn’t be as bad if the Cowboys didn’t always have such a good regular season. But, no, they put up great numbers all season long only to embarrass us all when they choke the second they step foot into a postseason game (P.S. Dez caught it).

You know what also doesn’t help? When, at the beginning of every season, the entire Cowboys fan base claims “this is our year.” Newsflash, people: It hasn’t been “our year” in 22 years. And if I’ve said it once, I’ve said it 600 times: the Jerry Jones era is over. Jones is way too stubborn to make any of the decisions that need to be made in order for the team to actually be taken seriously (yes, I’m talking about firing Jason Garrett). The Cowboys won’t be relevant until he sells the team or dies, whichever comes first.

It may seem like I’ve been doing nothing but slandering these teams throughout this entire column, but this is all coming from a place of love. Tough love. I feel like one quality that diehard, loyal fans like myself have that separate us from the casual bandwagon jumpers is the ability to openly express when our teams are in desperate need of change. This just happens to be one of those times.

Do I wish I was an L.A or Boston fan? I dream of it. But sometimes, all it takes is appreciating the fact that you aren’t a Cleveland fan to humble you. So, while my mental health and emotional stability continue to crumble at the hands of the Mavericks and Cowboys, I am content to acknowledge that it could be a heck of a lot worse.