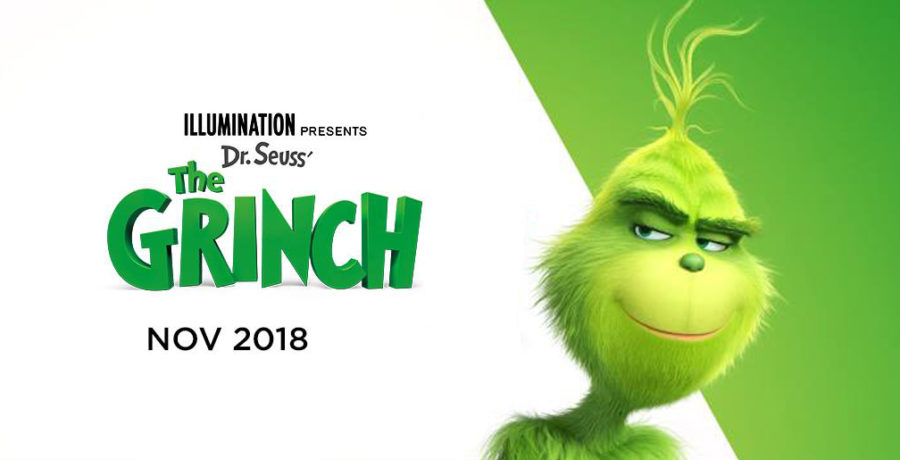 This film depicts the heart of the story beautifully and then some. In fact, the aftermath of the Grinch’s return to Whoville and eventual redemption is handled even better here than it was in the 1966 cartoon.

It’s not a stretch to say that the Grinch is a familiar character to us all. From those of us who grew up watching the 1966 cartoon every December, to fans of the 2000 film, to those who have never seen either one, everyone’s heard of the Grinch who Stole Christmas. So, “The Grinch” (2018) reveals one more version of the well-known character.

It’s Christmas time in Whoville, and the townsfolk are excited to celebrate their favorite holiday. That is, except for the disgruntled Grinch (voice of Benedict Cumberbatch), who lives just north of Whoville on Mt. Crumpit in complete solitude save for his dog, Max. Upon hearing that this particular Christmas is supposed to be “three times bigger,” the bitter grump decides to venture out on Christmas Eve night disguised as Santa Claus and literally steal the holiday.

The first thing to say about this film is that it’s incomparably better than the 2000 live-action film starring Jim Carrey. For one, the animation lends to a brighter, more colorful story than its predecessor, which was marred by dark sets and muted colors. The humor, too, is superior, relying on natural deliveries and simple gags as opposed to adult innuendos.

But most importantly, the story is far better adapted here. As with any movie based on a children’s book/short cartoon, new storylines and characters need to be added in order to extend the runtime to a full-length feature. And seeing as how the named characters in the source material were just The Grinch, Max, and Cindy-Lou Who, there’s a lot of room for addition. Cindy Lou’s subplot is spectacular. She enlists the help of her friends (all of whom, like her, are thankfully voiced by actual children) to help her trap Santa on Christmas Eve so she can personally ask him to give help to her overworked single mom (voice of Rashida Jones). Her selflessness is heartwarming to the audience, and even heartwarming to the Grinch.

Cumberbatch does well in his turn as the Grinch, supplying both the mischief of the character as well as his more tender, vulnerable side, which combine to produce arguably the most likable, sympathetic version of the character to date. All the child actors playing Cindy and her friends do wonderful, and a new character named Bricklebaum voiced by Kenan Thompson is just a riot.

The heart of the story, though, is the realization that the Grinch comes to at the end of his larceny spree- that Christmas means more than presents and decorations, neither of which the Whos need in order to celebrate. This film depicts it beautifully and then some. In fact, the aftermath of the Grinch’s return to Whoville and eventual redemption, I’d say, is handled even better here than it was in the 1966 cartoon. There, the Grinch has his change of heart, rides triumphantly into town, returns the stolen items, and is promptly invited to dinner. Here, without giving anything away, it plays out a little differently, and arguably more realistically and heart-warming.

All in all, it’s a wonderful film. The animation exceptional, the story’s fulfilling, the characters are funny and likable on account of the actors being funny and likable, and it has all the warmth and charm of its source material. Needless to say, the holiday’s most infamous antagonist has finally gotten the feature-length- tip of the hat that he’s been missing.