Physicals to be required for band participants 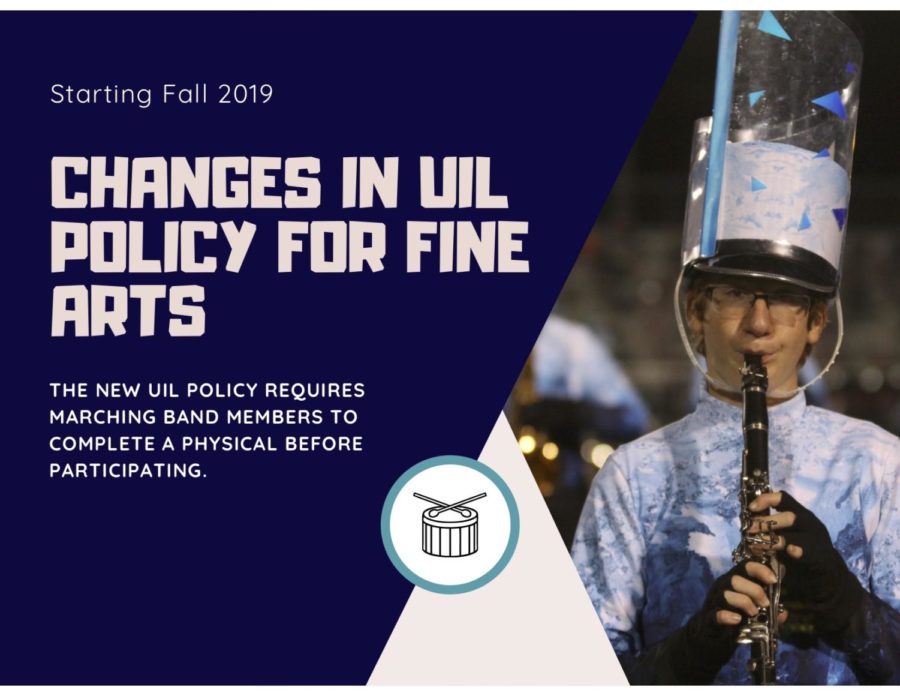 Starting in Aug., all marching band members will be required to undergo a physical.

“The UIL has been considering this possibility for several years,” UIL Director of Music Dr. Bradley Kent said.

The idea began with the Medical Advisory Committee, which is comprised of physicians that advises the UIL on medical matters.

Students in their first and third year of marching band will be required to go through the examination process. For the exam, students will have to fill out a standardized UIL form and undergo a physical exam.

“UIL has been looking at requiring band students to do physicals for a while and finally made a decision,” band director Paul Heuer said. “We are fine with students getting checked out before we start in the fall each year.”

Injuries aren’t common in marching band, but Heuer said, “marching band has become more and more physically involved in the past decade or so.”

“I played soccer for 10 years prior to marching band, and participating in marching band brought back the pain from soccer.”

Kent said the UIL hopes the decision will ensure that students are healthy enough to participate in marching band.

“We think that student safety should always be first and foremost with all of our activities,” Kent said. “So therefore, we we support this decision wholeheartedly.”