Review: Despite shortcomings, ‘Bohemian Rhapsody’ will rock you 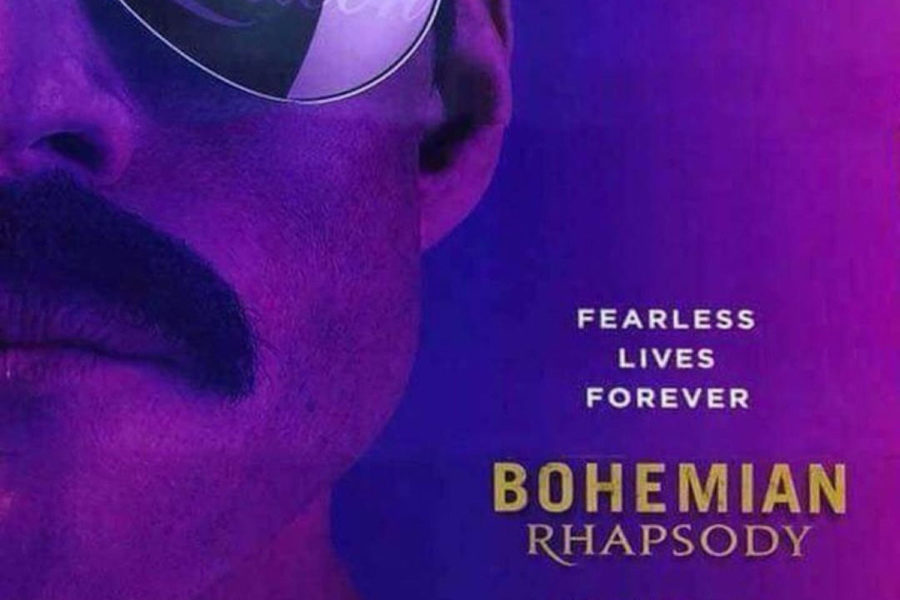 Although "Bohemian Rhapsody" is entertaining and compelling, it doesn’t fully tell the entire story of the band, and pushes the three other members to the sideline in order to focus on Mercury.

Even after the exit of controversial director Bryan Singer (“X-Men,” “The Usual Suspects”), Rami Malek and the rest of the cast of “Bohemian Rhapsody” effectively adapt the career and life of Freddie Mercury on the big-screen, by captivating audiences with strong acting and performing classic Queen songs.

But although the film is entertaining and compelling, it doesn’t fully tell the entire story of the band, and pushes the three other members to the sideline in order to focus on Mercury. Even if the film was intended to center mostly on Mercury, the absence of the band members makes the story a bit mundane. Ben Hardy, Joseph Mazzello, and Gwilym Lee all have great chemistry as the band members of Queen (Roger Taylor, John Deacon, and Brian May, respectively), and react to Freddie’s eccentricness like most normal people would. However the audience never actually learns and remembers the names of the characters they play.

Despite the fact the events in the film actually occurred (with the film taking certain shortcuts or liberties to tell their narrative), a biopic centered around the rise and fall of a superstar is nothing movie-goers haven’t seen before. “The Doors,” “I Saw the Light,” and “All Eyez on Me” are just a few examples of music-centered biopics that failed to do anything new. While “Bohemian Rhapsody” is, admittedly, far better than all of those films, they all share the same sort of overarching problem: They all feature the clichéd downfall of a popular musician and don’t do anything new in the biopic genre.

With that said, the performances are more than enough to carry the film. The film’s star attraction, like in the band, is Rami Malek as Freddie Mercury. His presence and appearance on stage is almost identical to Mercury’s although his teeth may look fake at times. He gives off such vulnerability as Mercury when he learns he is HIV positive and adds a layer of heartbreak to the film. As the superstar in real life was man unsure of his sexuality, Malek manages to make audiences relate and understand the person/legend that was Freddie Mercury.

Mike Myers (“Shrek,” “Austin Powers”) makes an appearance as Ray Foster the record executive in charge of distributing Queen’s music. Myers manages to melt into the role so well, it’s difficult to even notice he is the film. His appearance isn’t distracting at all, and actually adds a layer of comedy and realism with his grumpy and fretful attitude.

The cinematography is, at times, exceptional. The scene with Freddie at the clinic learning he is HIV positive is a standout. The coloring of the scene is dark green and sets a very depressing tone for Freddie learning that his eventual death is inevitable. The concert scenes, even though they may drag on too long, don’t feel their length because of the inclusion of the great music from Queen. If the music wasn’t so exceptional, then the film would definitely have a pacing problem in regards to the concert scenes.

In comparison to another film with a similar premise but completely different execution, “A Star is Born” directed by Bradley Cooper is definitely a superior film to “Bohemian Rhapsody” most likely because the characters featured in the film are fictional and can be portrayed in a very unflattering way. Bryan Singer and his replacement director, Dexter Fletcher (“Eddie the Eagle”), most likely wanted to make this biopic about Queen because they admired the music of Queen and were interested in honoring the life of Freddie Mercury. Because they were fans, the film didn’t go to the dramatic extent as “A Star is Born.”  “Bohemian Rhapsody” feels more like a celebration of Queen than a completely truthful biography that portrays real life events with accuracy.

Despite the liberties taken by the directors, “Bohemian Rhapsody” is the definition of a biopic crowd pleaser. It features extraordinary music, great acting, and centers around a band many people love and admire. Despite its flaws, it still manages to bring the house down.